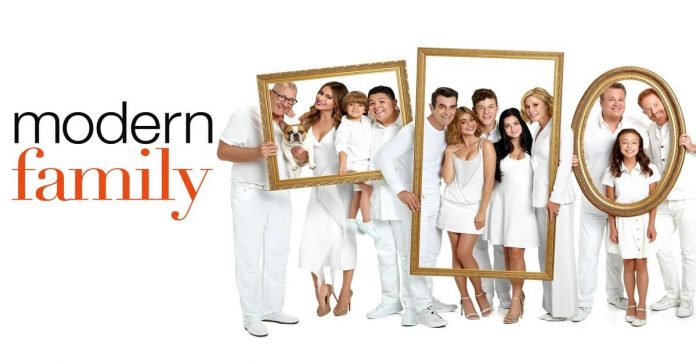 With a number of shows facing the notorious cut by broadcasting networks, this one comes as great news! ABC’s Modern Family has been renewed for another two seasons on the network. The popular comedy sitcom about an extended family of unique characters will be on television for a lot longer after the renewal.

After eight successful seasons, Modern Family will have their ninth and tenth seasons filmed and broadcast over the next two years. Fans are wondering if the writers will finally let us in on who is behind filming and taking interviews of the family members as is shown throughout the show.

Modern Family has been one of the most successful shows for ABC. Over the course of eight seasons, they have had 77 Emmy nominations, out of which the cast and crew has picked up 22 Emmy awards. The cast has done a fabulous job portraying a very close knit family with members who have characteristics of their own that they bring to the table. For the first time on television, a gay couple were introduced to audiences, and they loved it!.

Steve Levitan, executive producer and co-creator of Modern Family said of the beloved show, “We are beyond thrilled that we get to spend more time with these characters, these amazing actors, our ridiculously talented writers, and our incredible crew – all of whom are like family to us. And the good kind of family, not the kind that argues with you all the time.”

ABC President, Channing Dungey also said of the hit comedy sitcom, “Modern Family has been the centerpiece of our comedy brand for 8 seasons and we are thrilled to have it on our schedule for two more years. Steve [Levitan] has created such endearing characters, and is cast is second-to-none.”