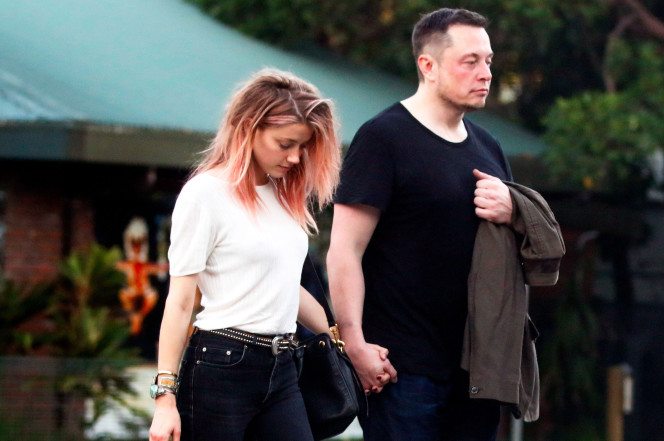 Summer is here and so is a brand new couple alert! After months of speculation about whether they really are a couple or not, Amber Heard and Elon Musk were finally spotted together in the Land Down Under. Sometime last year, rumours began circulating that the Justice League actress and the real-life Iron Man were a thing. During her tumultuous divorce with actor Johnny Depp, Amber was seen visiting the Tesla founder at his place of work. So things were definitely getting serious there.

And now, it can finally be confirmed that the pair are in fact, dating. Amber Heard posted an image to her Instagram account. The image is of her sitting with her arm on Elon Musk’s shoulder, with traces of her lipstick planted on his cheek in the form of puckered lips. She captioned the image “Cheeky”. Elon himself posted a similar picture to his own Instagram account, so things are now “Instagram official”.

After months of a bitter divorce battle, Amber Heard and Johnny Depp are no longer a couple since January this year. Last summer, she filed for divorce from the Pirates Of The Caribbean actor. She also got a restraining order against him, accusing him of domestic abuse during their short-lived marriage. Images of her battered face, along with a damning video of Johnny being violent in their home, was circulated on the internet.

Elon Musk has had his own share of divorces. He was previously married to Justine Wilson, with whom he has five children. He was also married and divorced twice with British actress, Talulah Riley. The man, who is obsessed with getting Earth’s population on to Mars, seems to be getting pretty close to the actress.

According to a source, “Amber is over the moon about her divorce, but she is even happier about being able to go public with Elon. She was telling friends over Christmas how smitten she is with Elon.”

Amber’s father, David was also quoted as saying, “Amber and Elon are both very serious about each other. She would love to get married.”