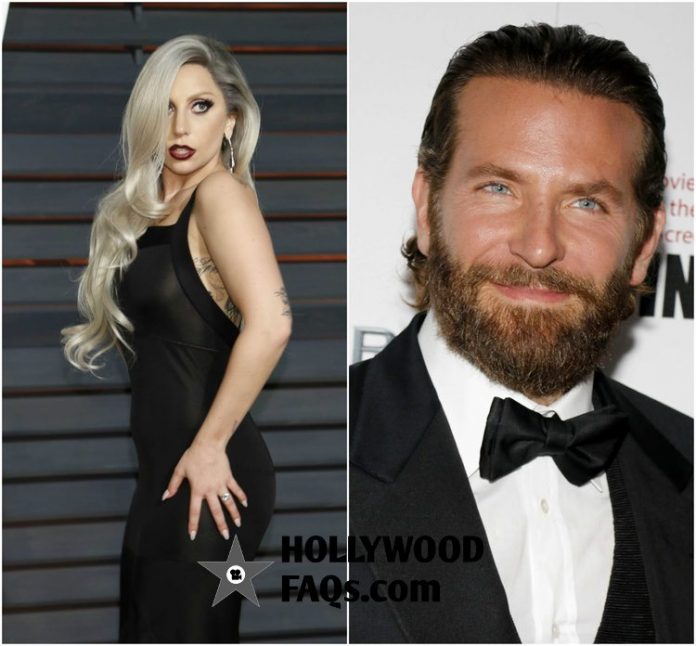 Lady Gaga is on a career high. Just this past weekend, she killed it at Coachella 2017, becoming only the second woman to headline the music and cultural festival. And now, Warner Bros. has released the first image for the musical remake of A Star Is Born. In the image, you can see Lady Gaga belting out a hit, while co-star Bradley Cooper plays the guitar. Both of them really look the part, with Gaga symbolizing the struggling artist, and Cooper being the gruff musician who encourages her dreams.

She posted the image to her Instagram soon after Warner Bros. released their own, and captioned the image with: “I am so excited to star in my first movie alongside someone I’m so lucky to call my friend. I always wanted to be an actress on the big screen. The story of A Star Is Born is so special and I’m so grateful to Bradley for making my dream come true. Can’t wait for you to meet Ally. She has her first scene in 5…”

Lady Gaga has already acted before, but never for the big screen. Her performances for American Horror Story: Hotel and American Horror Story: Roanoke were critically praised. A Star Is Born had a couple of remakes, the original one starring Janet Gaynor, then a later one by Judy Garland and finally reprised by Barbra Streisand. The story is about a singer who falls in love with an established musician. Soon, she finds her career taking off while his slowly faces decline.

Bradley Cooper and Lady Gaga are nothing more than co-stars, turned BFFs. The two were linked a while ago, since they spent a lot of time together. However, it is now news that it’s because they are acting together in A Star Is Born. Bradley just became a father of a baby girl with Victoria’s Secret model, Irina Shayk. Lady Gaga, on the other hand, is making 2017 her year!