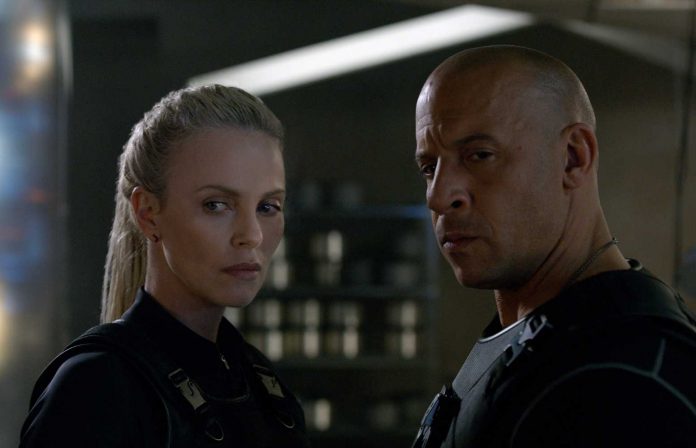 For years now, the Fast and Furious crew have entertained audiences worldwide with their mega races, outlandish car races and amazingly strong bonds. Even after the death of core crew member, Paul Walker, the franchise lives on. This time, they’ve recruited more sinister villains, with the gorgeous Charlize Theron leading the pack in an attempt to destroy the crew. And to help her on her mission, is none other than a member himself. Really, what is The Fate Of The Furious?

Cipher, played by Charlize Theron, is a smart woman who knows how to perfectly manipulate the mind of Dom. Vin Diesel carries this movie on his broad, muscled shoulders as he packs a punch with his fists and his speed machines. Dom is now married to Letty, who had previously lost her memory and was only reconnected by her “family”. The two are supposed to spend their time together, but as fate would have it, Dom finds himself in another race and soon things take off.

The family, meanwhile, is contacted by Luke Hobbs and the Diplomatic Security Service to retrieve a device known as an EMP. But Cipher has it in her sights as well, and she uses Dom to be the one to get it from her. He finds himself at loggerheads with his own crew, and threatens to break away from the family and dodge the fists of Hobbs. What the crew isn’t aware of, is that Cipher has kidnapped Dom’s ex-lover, Elena Neves and the son they share together. Elena is ultimately killed, and now Dom has to protect himself and his only remaining family, the crew, from the deathly plot of Cipher.

Through a myriad of well choreographed fight sequences and races that we are so used to by now from the franchise, the team come together to save Dom. This time, the vehicle in use is a huge submarine that can withstand major explosions and plow into anything and anyone in its way. Will the crew be able to save Dom and reconcile, or is this relationship over for good?

Cast of The Fate Of The Furious

The Fate Of The Furious opened in theatres worldwide on April 14, 2017. It has already earned over $500 million at the box office, double of what it took to make the film. The film only falls short of biggest opening weekend to movies such as Star Wars: The Force Awakens and Jurassic World.