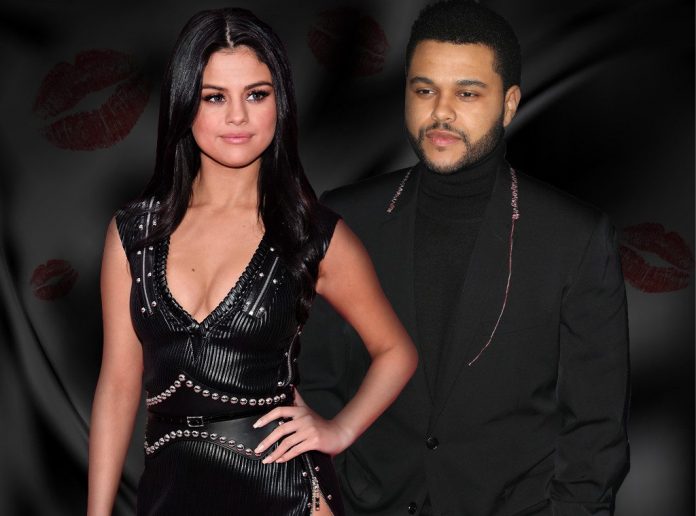 Throwing caution to the wind, new lovebirds Selena Gomez and The Weeknd are making their love known. Though the two were initially coy about their budding romance, they are so comfortable in each other’s company now, they don’t mind sharing it with the world. Selena and The Weeknd (real name: Abel Tesfaye) were spotted back in November making out behind a dumpster. Since then, they have been giving the paparazzi a lot of shots of their love. From Italy to the high seas in a yacht, Selena and The Weeknd are on fire!

Their latest display of affection happened all the way in South America. The Weeknd is currently on his Starboy tour and his lady love made it down to cheer him. She was spotted backstage, looking lost in love as her man performed for thousands in Sao Paulo, Brazil. The two even posted similar videos on their respective Instagram accounts. As a supportive girlfriend, it’s great to see her being around her man as he travels the world. Taking time off her own busy career, she’s there when he needs her.

Since they were spotted behind the dumpster in Los Angeles, they have been to a number of exotic locales, including Amsterdam, Canada, Paris and Italy. And though cameras have caught them several times, they haven’t been too open about their relationship themselves. Though their respective exes have not been happy about the sudden whirlwind romance. Supermodel Bella Hadid, who dated The Weeknd for almost two years, said earlier that she didn’t take it well when she found out he had happily moved on. Justin Bieber, who had once even lived in with Selena Gomez, threw major shade at the couple, mocking The Weeknd through his songs.

The Weeknd and Selena Gomez are yet to make their relationship red carpet official, but maybe they don’t even care. They both look insanely happy together, so comfortable in each other’s company. And that’s all that matters though, right?