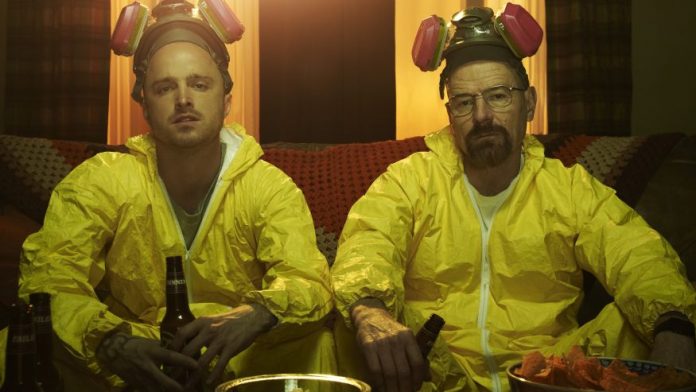 Walter White and Jesse Pinkman are back in this mad mash-up of the hit TV show, Breaking Bad. Thanks to a couple of super fans who wanted to take us right back through nostalgia, they’ve painstakingly extracted the best parts of the hit series and made it into a watchable movie.

Breaking Bad was a five season series that saw us take a wild ride in an RV into the lives of cancer-ridden chemistry teacher, Walter White and his ex-student, the shady Jesse Pinkman. Their ups and downs, run-ins with the law and the other side of the law…so many memorable moments that the television family will cherish forever. Hey, we even learnt a lot from the show, including how to make a homemade meth lab and busk it on the streets!

So, two fans watched the entire series that took a total of two full years to complete and dissect, and they picked the best parts. Starting from the throwback scenes of a newly wed Walter White and his wife, Skylar to his chance meeting with Jesse Pinkman and their journey from newbies on the block, to street smart criminals. All of it was rummaged through and supercut into a two hour long movie.

You can check out the video on Vimeo, the video sharing site, and re-live their entire story all over again. Some fans of Breaking Bad have said that they are not too happy with it, since each episode was created for a reason and had their own distinctive scenes, and that a movie isn’t enough to cut it. But if you’re just looking to go through the entire plot once again, then two hours is not a bad deal at all, especially when you get to see two of the most oddball characters brought together again.