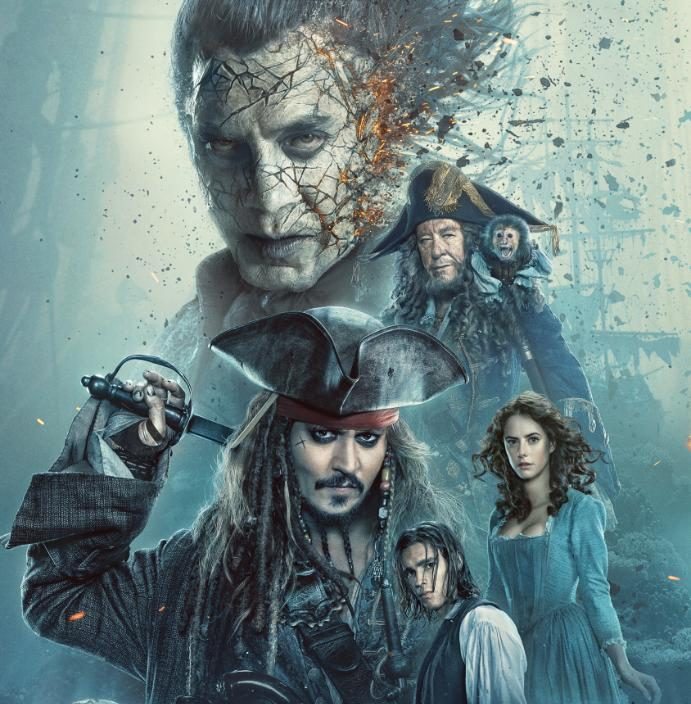 Can’t get enough of Cap’n Jack Sparrow? We got something to keep you going till the second Official Trailer comes out

Disney has released the official movie poster of the Pirates of the Caribbean 5 today, a day before the release of it’s second official trailer. With less than 3 months to go, fans have been going gaga over it!

A few posters were reportedly leaked a few weeks ago, but Disney has clarified that they were all fan-made and had nothing to do with the official poster.

While much hasn’t been revealed about the plot, Pirates of the Caribbean: Dead Men Tell No Tales revolves around Captain Jack Sparrow’s search for the Trident of Greek Water God, Posiedon. Going by how movie 4 of the franchise ended, our best guess is that Jack Sparrow is being pursued by old arch rival – Capitán Salazar and his crew of ghost pirate who are determined to kill him. The only way Jack Sparrow can save himself and his crew is by finding and controlling the Trident of Poseidon – a powerful weapon which grants complete control over the seas.

Orlando Bloom returns to the series as Will Turner, captain of the Flying Dutchman, along with Kevin R. McNally as Joshamee Gibbs, Golshifteh Farahani as the sea-witch Shansa, David Wenham as Scarfield and Stephen Graham as Scrum.

Pirates of the Caribbean: Dead Men Tell No Tales Releases Worldwide  on May 26, 2017.

Check out the first teaser trailer of the movie right here!