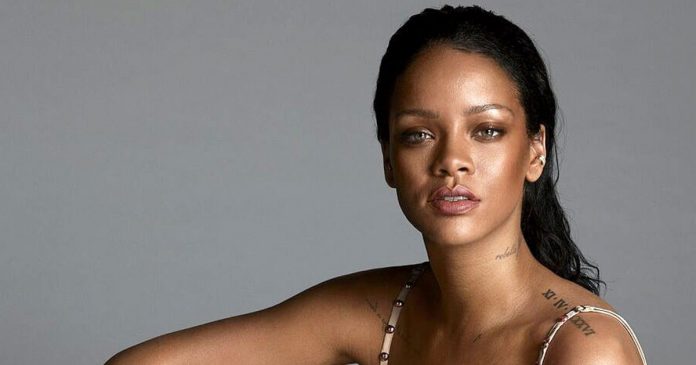 Guess when you give more than you get, you get rewarded in big ways. Rihanna’s career, always on the upward trajectory, is receiving more recognition for her outstanding life. She was just crowned the cool queen after showing up at the Grammys with a bejeweled hip flask; and she also broke records for her gaining 30 Billboard Top 10s in the span of her illustrious career. And now, one of the biggest institutions in the world is adding another honor in her name – they’re serving her with a Humanitarian Award!

Rihanna is going to receive the 2017 Harvard University Humanitarian of the Year Award. Next Tuesday, the Bajan beauty will be attending the campus in Boston to accept the Peter J Gomes Humanitarian Award for her projects outside of just singing, acting and being herself. So one may ask why she would be receiving this award? Well, she started the Clara and Lionel Foundation Scholarship Program, named after her grandparents. Her efforts are to bring students from the Caribbean to US universities and gain a proper education. She also supports the Global Partnership for Education and Global Citizen, and even performed at their event in New York last year.

Harvard Foundation’s director, S Allen Counter said of the Award to the star, “Rihanna has charitably built a state-of-the-art center for oncology and nuclear medicine to diagnose and treat breast cancer at the Queen Elizabeth Hospital in Bridgetown, Barbados.”

Lucky students of Harvard can come witness the ceremony of Rihanna accepting her Harvard University Humanitarian of the Year Award on February 28, 2017 at 4pm, Sanders Theatre on campus.

Rihanna just celebrated her birthday on February 20. And she is totally winning at life. From being one of the biggest pop singers in the industry, she also has a couple of acting gigs under her belt, fashion lines, and now humanitarian initiatives. Is there anything she cannot do?!