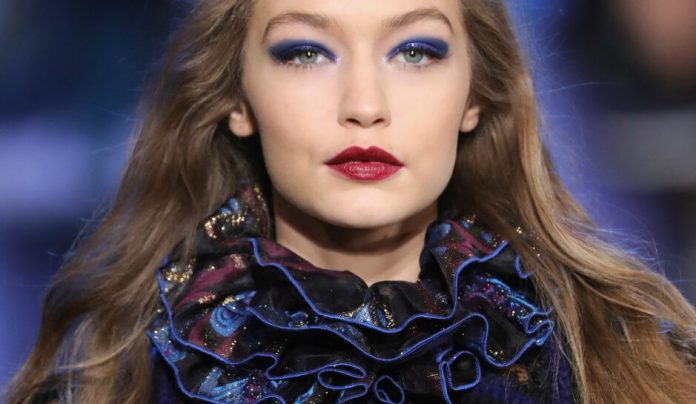 If you’re wondering how you’re going to make it werk this coming season, there is one up-and-coming fashion icon that you need to steal your style from – supermodel Gigi Hadid. At the age of 21, she’s already been on the cover of Vogue 20 times! So, she knows what she’s doing here. Touted as one of the biggest models in the industry at the moment, her style is always on point. And here’s the best part about it – you don’t need to spend zillions to look like a million bucks. Take it from Gigi – from high-end runways for some of the biggest names in fashion, to pulling off street style with élan, she is always on point.

On the runway, Gigi can combine a number of patterns and materials, and carries it off on her young shoulders. Pair a couple of different fabrics and strut the streets! And that hairstyle is so fetch!

Why not declare your love for one of the hottest men in music by emblazoning his name on your shirt? Gigi looks classic-chic on the street. And don’t miss that little backpack!

Who said gold is only for royalty? Make this a stable to your wardrobe and always look as fierce and turnt up, just like Gigi.

A good jacket goes a long way when you want to step it up from the casual game. And a big pair of shades not only protects you from the sun, but makes you look fashionable AF. Just like Gigi.

Gigi even has her own fashion line for Tommy Hilfiger! Seen here in red pants, she’s styled it up with a white coat and black boots.

Gigi is a muse for Jeremy Scott of Moschino fame. Wild prints and big images really up your style quotient, if you want to look as snatched as Ms. Hadid.

Elvis fan? Then a studded jacket and pants will make you fit for a night out on the town, looking retro chic like Gigi.

Doc Martins are a favorite of many celebs strutting down the street. Not to mention big sunglasses and a couple of jackets. Gigi has this mis-matched attire down!

If you want to pimp up your fashion style, take a blah outfit and pair it with some outlandish accessories. Gigi, is it the ’70s again?!