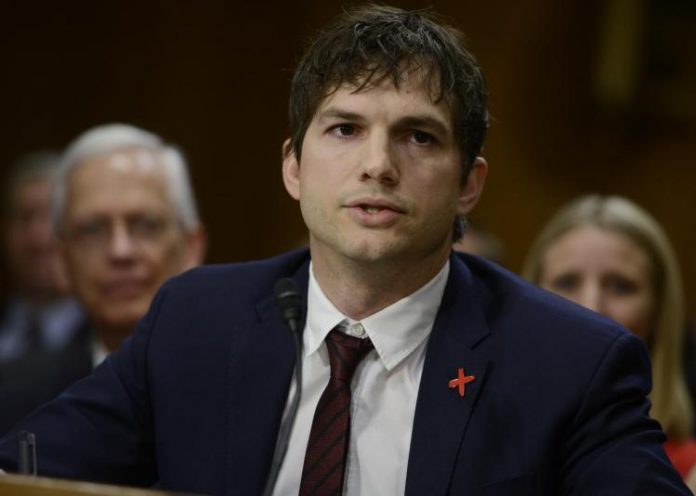 Remember the Ashton Kutcher we knew? The playboy cheater who also wrecked movies such as Dude, Where’s My Car? and My Boss’ Daughter, among other duds, and then ruined Two and a Half Men? Well, he is no longer the goofy dufus we loved to hate. Today Ashton is a husband, father and a tech company investor – and he’s adding activist to his list of achievements as well.

Speaking at a US Senate gathering, the actor was visibly shaken and teary eyed as he spoke about his hopelessness in a child sex trade case. You see, Ashton is investing in developing software called Thorn that will be able to aid in ending modern day sex slavery. But it’s not all easy for him, as he addressed the table that included former US Presidential hopeful and Vietnam war veteran, John McCain.

Ashton is looking for the US government to make more forceful efforts in ending child sex slavery. At the US Senate meeting titled Ending Modern Slavery: Building on Success, he urged the Senate to take strict action against websites such as BackPage.com, that advertise child pornography and slavery. Ashton didn’t come to the table as an actor, but as the Chairman for Thorn. Teary eyed, he said to the table –

“I’ve been on FBI raids where I’ve seen things that no person should ever see.”

“I’ve seen video content of a child that is the same age as mine being raped by an American man that was a sex tourist in Cambodia. And this child was so conditioned by her environment that she thought she was engaging in play.”

“I’ve been on the other end of a phone call from my team asking for my help because we had received a called from the Department of Homeland Security telling us that a seven year old girl was being sexually abused and that content was being spread around the dark web and she’s being abused and they’d watched her for three years and they could not find the perpetrator. Asking us for help. We were the last line of defence, an actor and his foundation were the potential last line of defence.”