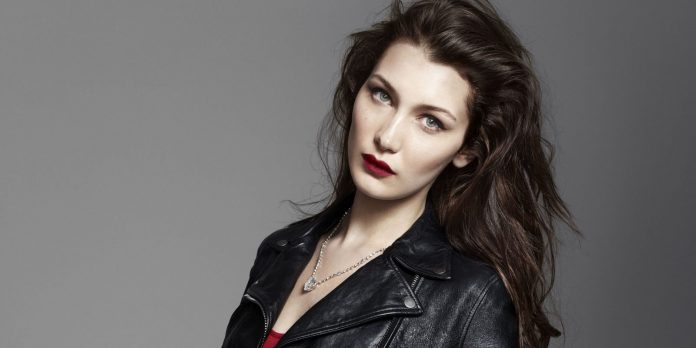 How’s the middle of the week going for you? If you’re feeling a little bored with your mundane life, then here’s another chance to keep up with your favorite celebs, always eager to entertain us with their shenanigans. This round goes to the love triangle between Bella Hadid – The Weeknd – Selena Gomez. As you already know, Selena and The Weeknd are already showing PDA with their romance behind a dumpster all the way to Florence, Italy. While the media is in a frenzy over this new love, there was one loser in the love-game. Bella Hadid.

The supermodel has a lot to cheer about. She ended last year by walking the ramp as a Victoria’s Secret Angel, breaking records along with her sister, Gigi Hadid. Not only that, but 2017 is already seeing her becoming the face of many top international fashion houses, including the likes of Moschino. So then why is she brooding in a corner? Apparently, it’s over The Weeknd. And while she has given her silent disapproval at her ex’s new relationship (she posted a picture of her flipping the bird on Instagram shortly after the news of Selena and The Weeknd emerged), she hasn’t yet spoken out about how she really feels. Until now.

If you recall, back when Bella first walked the ramp for Victoria’s Secret, she posted this image of her with a caption that praised her ex for his performance, and there images of her looking starry-eyed as she passed him by. Later, at the afterparty, when she was asked whether she wanted to get back to him, she left that an open-ended question. And now she spoke with Teen Vogue about exactly what’s going on in her head on this whole situation. “It was my first breakup – or second, next to to the horse – and so public. As an outsider, you might think I handled it so well, but it’s always in your heart, and you always feel it very heavily. It’ll be hard for a while. Love hurts, but you have to pull through.”

When asked about how she feels about her ex, she said: “I’ll always respect him, and I’ll always love him. Sometimes you want to be sad about it or handle it differently, but at the end of the day, you never want to burn a bridge that you’ve fought so hard to build.”

And as for The Weeknd and Selena, they were caught sucking face on a yacht shortly after the Grammys, where he performed with Daft Punk. Selena’s ex, Justin Bieber, has continued being salty about the new pairing, calling The Weeknd’s music “whack” and even boycotting the Grammys where he was nominated under four categories, including Album of the Year, which eventually went to Adele.