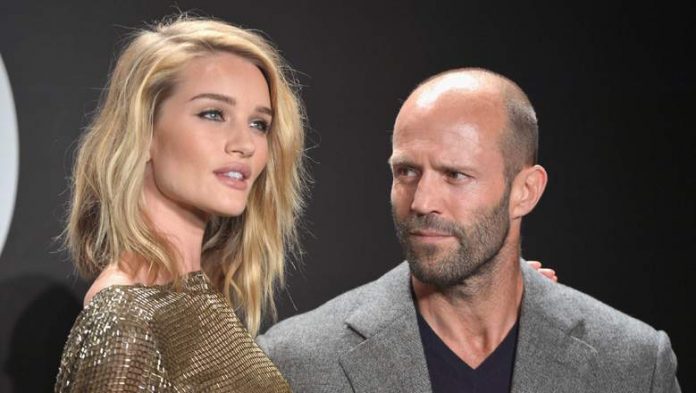 What a beautiful time to be alive in Hollywood! Supermodel Rosie Huntington-Whiteley as officially announced her pregnancy with fiancé, Jason Statham. Taking to Instagram in a shot captured by the hunky Crank actor, we see Rosie kneeling on a sunny beach with her protruding tummy, smiling for the camera. Even now, she looks flawless, with no signs of stretch marks or swollen ankles! She captioned the announcement with “Very happy to share that Jason and I are expecting!! Lots of love Rosie x Photo by @jasonstatham”

Very happy to share that Jason and I are expecting!! Lots of love Rosie x ❤?? Photo by @jasonstatham

The Mad Max: Fury Road star has been out of the spotlight for a while now, though she’s keeping up with commitments that include her modelling projects for some of the biggest global brands. Also, the 29-year-old is ready to release her Paige Spring/Summer Collection at New York Fashion Week ’17.

The couple have been together for a while now, with them making an appearance at last year’s Golden Globes, and Huntington-Whiteley flashing a massive engagement ring. She had even spoken once in an interview about what she expects for her family, way before she was actually pregnant.

Having a family is something I think about for sure, and whether I’d live here in America or in England. But it’s not always as simple as that. I have no idea what will happen, but it’ll be interesting to find out, right? And nothing will be perfect, I’m sure.”

This is not the first pregnancy announcement this year. Hollywood is awaiting a baby boom by the second half of the year. Beyoncé and Jay Z are expecting a pair of twins soon enough, and George and Amal Clooney are also expecting twins due in June.

As for Rosie Huntington-Whiteley and Jason Statham, we don’t know yet when the baby will be due, or when wedding bells will start wildly ringing for the couple. But, we wish them massive happiness together as they begin to expand their family.