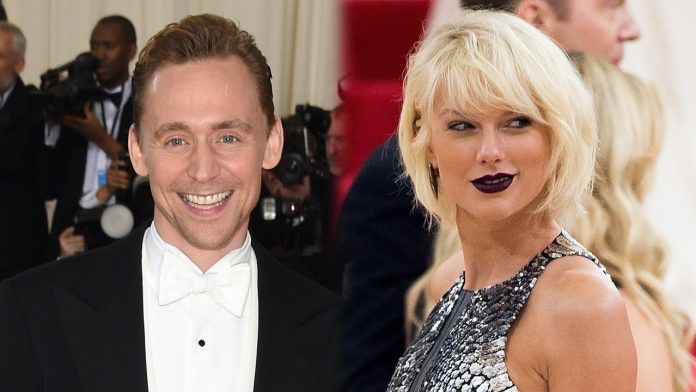 2016 was a whirlwind for Taylor Swift. The Shake It Off singer was happily in a relationship with DJ Calvin Harris, joining him on the red carpet for multiple events and declaring her love for him. When and how that ended, no one knows, but the tabloids went berzerk when she was snapped with British actor, Tom Hiddleston, sitting on rocks together and showing a lot of PDA. And then that relationship, too fizzled out in no time at all. Oh, and she was also called out by reality star Kim Kardashian who posted recorded phone calls between the singer and her husband, rapper Kanye West over permission for the latter to diss Taylor in his track, Famous, that she had initially denied to the media.

2017 has started being good to Taylor Swift, with the collaboration between her and Zayn Malik for I Don’t Wanna Live Forever, the OST to Fifty Shades Darker. But you can’t help but wonder about the failed relationships of last year, especially what went on between Swift and Hiddleston. But the Avengers actor is opening up about that for the first time in the March issue of GQ magazine, as the cover star. The usually private actor doesn’t hold back, and offers an honest insight into how he felt at the time with Swift, and whether there’s any Bad Blood between them now.

When questioned if their coupling was just a publicity stunt, he is quick to shun that report, stating “of course it was real”.

Being the gentleman that he is, he showers praises on the singer, saying about her, “Taylor is an amazing woman. She’s generous and kind and lovely, and we had the best time”.

After ending her relationship with the My Way DJ, it seems that Taylor and Tom were looking for something genuine, as dished by the handsome actor. “So we decided to go out for dinner, we decided to travel.” But for both of them, being in the spotlight and under constant scrutiny by the media, it wasn’t easy. “A relationship in the limelight…it’s everything else.”

The two of them had holidayed in Italy, a popular tourist spot for a number of celebrities to strengthen their love and get away from the usual Hollywood circus. Similar to what Swift Squad member, Selena Gomez is doing with The Weeknd. Taylor and Tom had even vacationed together with other Squad members during last year’s Fourth of July celebrations. Hiddleston was photographed wearing a white tank top which read: “I *heart* TS”, with many poking fun at the actor for declaring his love for the singer so early in their relationship. But he has another side to the story.

“The truth is it was the Fourth of July and a public holiday and we were playing a game and I slipped and hurt my back. And I wanted to protect the graze from the sun and I said, ‘Does anyone have a t-shirt?’ And one of her friends says, ‘I’ve got this’ [the white tank top]. And we all laughed about it. It was a joke.”

He also addressed all the theories people came up with after the photograph was widely circulated on the Internet. “I have to be psychologically strong about not letting other people’s interpretations about my life affect my life. A relationship exists between two people. We will always know what it was. The narratives that are out there altogether have been extrapolated from pictures that were taken without consent or permission, with no context. Nobody had the context for that story.”

And what did he learn from dating such a high-profile celebrity? “I’m still trying to work out a way of having a personal life and protecting it, but also without hiding. So the hardest thing is that it was a joke among friends on the Fourth of July. I just…I was surprised. I was just surprised that it got so much attention. The tank top became an emblem of this thing.”

In hindsight, the actor still treasures the relationship and is taking it in the most positive way possible. The couple split soon after, though reasons for the breakup have not yet been revealed. “You have to fight for love. You can’t live in fear of what people might say. You know, you have to be true to yourself. I’m not going to live my life in hiding.”

We wonder what Taylor Swift has to say about all this.