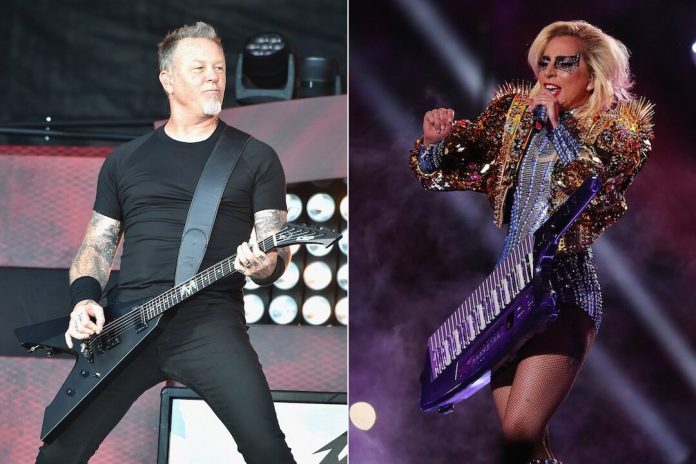 The biggest night in music is just around the corner, and while we already know the nominees for the Grammy Awards 2017, names for those performing for the night are still being announced.

The likes of Little Big Town and Katy Perry, among others are set to take the stage this weekend, and heavy metal legends Metallica also told fans this past weekend that they are among those crowd pleasers for the night. And now we’ve got to know that along with Metallica, the pop legend-in-the-making, Lady Gaga will also be performing with them! Imagine what it’s going to look like – epic, no doubt!

Rumors (and social media jokes) are already going around, trying to figure out what songs they are going to perform together? Will they do a mix of Gaga-Metallica tracks, or just do something totally new and wow the crowd, as usual? Though both powerhouses are from different genres, they do know how to put on a serious show. Lady Gaga has even shown her affinity for heavy metal in the past, and it goes beyond wearing retro band shirts for fashion. She has stated many times that Iron Maiden is one of her favorite bands, and that she also loves Black Sabbath’s song, Black Sabbath.

Just this past weekend she bowled millions of viewers over when she performed at the Super Bowl Halftime Show 2017. Her stage antics, including jumping from a height, landing on a stage and immediately keeping step with her back-up dancers, not to mention her electric vocals and that end mic drop that got so much feedback, she spawned over 1.5 million tweets to that solo work. Maybe she won’t put on such a brilliant show for the Grammy Awards, but we can expect her and Metallica to bring on their game and become history’s most weirdest collaborators ever. A person like Gaga is extremely versatile, and to see her in a metal avatar will be a moment not to be missed.

The Grammy Awards 2017 will take place on February 13.