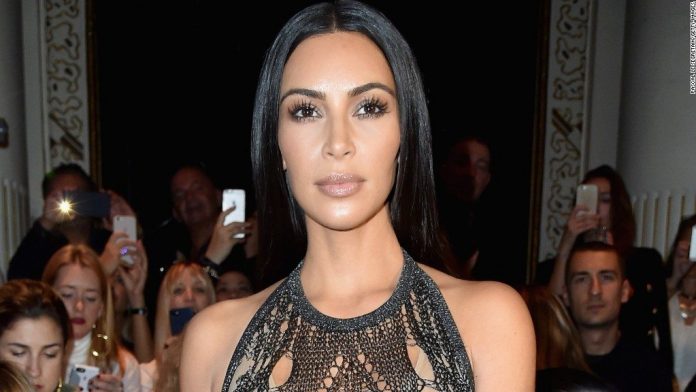 While fans were checking out social media star Kim Kardashian’s Instagram blowing up at Paris Fashion Week last October, she was getting robbed at gunpoint. Kim’s last post was about her attending a Balenciaga show in nothing but a trench coat and boots, and the ones before that were just as flashy and stylish as well. Kim was proudly showing off her new gold grill and $8 million diamond solitaire ring for the world to see. Though many perceived it as her declaring her wealth to the world, there were masterminds who were calculating and plotting what would transpire as a very traumatic experience that she had to go through. Anyone would feel the same way she did, and no matter what your personal opinion on the matter is, no one should have to go through the same thing.

Kim Kardashian was alone in her hotel suite and one of Paris’ swankiest locations, while sisters Kendall and Kourtney were attending a party. Their body guard was with them, so no one was left to protect the reality star. Armed robbers, robbed in professional robbery attire, held her at gunpoint, tied her up and stocked her in the bathtub. She later reflected how she thought they were going to shoot her in the back, and that she begged and pleaded, saying she had family back home, especially her infant children – daughter North and son Saint.

Leads to the robbery started to form, including a security camera view of a robber escaping and leaving behind a diamond cross necklace. In the days that followed, she was uncharacteristically silent on social media, and many thought of the end of the Kim Kardashian reign as social media queen. Paris police were hot on the heels of the heist, since over $10 million worth of jewelry was stolen. They eventually caught a number of suspects, and now one has come forward and shared explicit details of how the robbery went down.

A French newspaper, Le Monde obtained reports of one of the suspects, Aomar Ait Kedache and this is what he told police –

The jewels were shown on the internet, and [Kim Kardashian said] that she didn’t wear fakes… the time she would arrive in France, you just had to look at the internet and you knew everything, absolutely everything.

He also added that this really was an inside job and that someone “very close” to the Kardashian family was involved. Could it be Kris Jenner? Many are suspecting foul play, but that’s just gossip as compared to this very grave news. It has now been proven on a very open level that oversharing on public sites can be dangerous for you, so dangerous that you could even lose your life, if not a number of precious jewels by displaying your entire life out to the world.

Kim Kardashian has since returned to social media, three months after the heist happened.