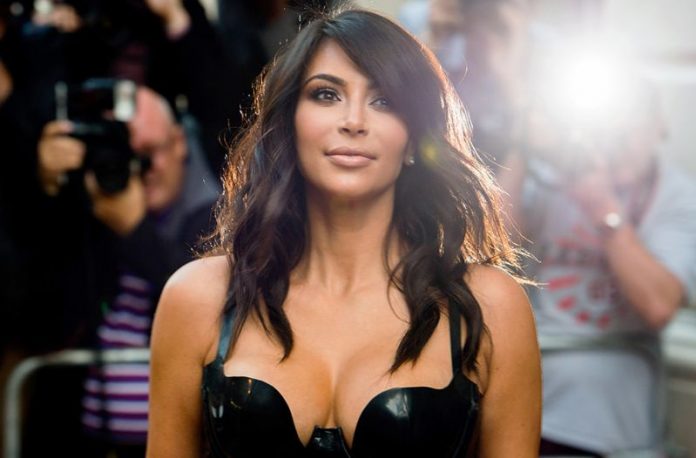 The social media queen is back! Since the frightening robbery at gunpoint in a Paris hotel, Kim Kardashian has been keeping a low profile, only stepping out a couple of times, face hidden in over-sized shades and grabbing ice cream with Kardashian Klan member, Jonathan Cheban. After three months in hibernation, recovering from her own personal trauma and the mental breakdown husband Kanye West had, she finally got back to doing what she does best – updating her social media.

In a series of posts on Instagram, she posted sketchy, scratchy images of her with her young family – daughter North and infant song, Saint. But that’s all we’ve been able to see or hear from the star. Slowly, but surely, she’s getting back to her old life, with all the luxury and fame – not to mention getting to become the guinea pig for fashion trends. Among everything she’s tried, from faux lip rings to bleached blonde hair, Kim Kardashian has tried them all. And now, here’s a doozy. The reality star posted a Snapchat video of her at an apparent nail salon. And in the video, she displays her latest piercing – that of a number of gold mini rings dangling from her manicured nails!

She also says: “Khloe would be so proud of me right now.”

What the -? Out of all the outlandish trends that have taken over the world, nail trends are the worst. From feather-trimmed manicures, to ones where you hide a little baby scorpion between your nail and an acrylic piece, this really takes the cake! Who would even think about attaching dangling rings to their nails? Of course, we are sure Kim doesn’t take the time to do any work whatsoever, so this trend cannot catch on very quickly, because women everywhere actually do things with their hands except dangle gold rings! Her step-sister, Kendall Jenner’s nipple piercing is the only trend that could catch on, though!

Kim Kardashian isn’t the first one to pierce her nails, so to speak. Pop singer Katy Perry managed to where pierced nails to the Met Gala, with the letters that spelled ‘Moschino’ on each fingernail, to represent the eccentric fashion house.

“#KatyPerry has always been #JeremyScott's muse. Brilliant, provocative, happy and generally edgy and/or cartoonish – Jeremy Scott helps Katy Perry make sure that a pop star is always a superhero. Katy Perry has never considered her role to be that of understatement, and she came to the #MetGala in a spray-painted dress with Madonna and Jeremy Scott in his #Moschino label. As though the spray-painted dress were too subtle, she got to us on the landing on the North side of the museum steps and took 10 seconds to hold out her fingers to each of us to make sure we all knew that the label she was proud to represent at fashion's biggest event was, quite literally, spelled out for us.” As told to @RollingStone by photographer @taylorehill