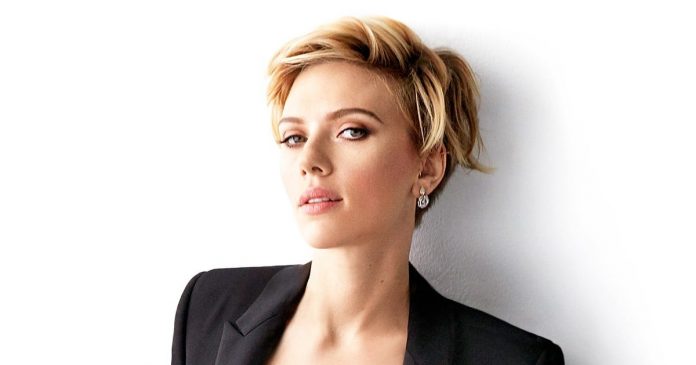 For the first official sad news of 2017, Avengers actress Scarlett Johansson is apparently getting divorced for the second time. The A-list Hollywood actress, who will next be seen in the big screen adaptation of the manga series, Ghost In The Shell, was reportedly separated from her husband for the past 6 months.

Scarlett made an appearance at the Women’s March On Washington, and gave a whole-hearted speech on women’s empowerment and equality in society. Few even noticed that she didn’t have her wedding ring on while on the dais. But now sources close to the star reveal that she and husband, Romain Dauriac are calling it quits. The couple share a beautiful little daughter, Rose Dorothy.

The 32-year-old star and her French art collector beau were first spotted out on a cozy date back in 2012, sparking romance rumors. However, they kept their relationship under wraps for the most part, until Scarlett got pregnant and couldn’t hide her baby bump from the prying paparazzi. Before the birth of her first child, she was seen with a big diamond engagement ring, signalling that things were getting serious between her and her new man. They were soon married in 2014, followed by the birth of their child.

Once, she was asked by fans on how to know when to break it up with a guy. She advised –

You have to get to your breaking point…rock bottom is the moment when you’re like, ‘I’ve lost myself. Why am I standing outside this bar at 1.30 in the morning texting while my friends are inside? Or taking a taxi to see him at some ungodly hour? This isn’t me’. That is the moment you’ve gotta cut it off.

Though Scarlett has been extremely private about her personal life, being in the public eye is bound to make things come out in the open. We don’t know how far this is true as yet, since there has been no official statement coming from either of the couple. Earlier, she was asked about what she likes in her man and what made her attracted to him. Her response –

I love his brain more than anything. He does all the sweet gestures for me. He’s a gentleman.

Scarlett Johansson was earlier married to Deadpool star, Ryan Reynolds. The couple were rarely seen out together, though that relationship lasted for four years. After their surprise divorce, rumors began swirling that Reynolds could not take the fame and upward career trajectory that Scarlett was headed in, while he was doing random rom-coms at the time. This was way before Deadpool and his catapult into stardom. Reynolds later moved on with his Green Lantern co-star, Blake Lively and they have two little girls together.