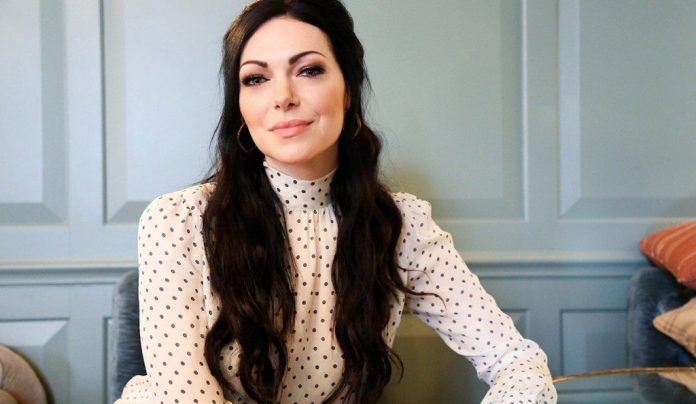 Could the year get any better?! 2017 is kicking off to a happy start and we’ve got some good news for you – That ’70s Show star, Laura Prepon is engaged is already planning for the wedding with beau, Ben Foster.

Arriving at the Sundance Film Festival 2017, the star was glowing and said she was there with her fiancé, Ben. When asked about the wedding, she giggled and let loose some insights on her man and what they are planning for the nuptials.

Prepon, who stars on Netflix hit series, Orange Is The New Black, gushed, “I’m happy. It’s amazing. He’s the love of my life.”

Though Laura and Ben had been spotted together back in July, their engagement was made official only in October of last year, when she was spotted with a shiny diamond ring on the red carpet while attending the premier of The Girl On The Train.

When asked about what type of wedding they are looking for, she shared: “We want a really small wedding but we have a lot of people that we love and care about. It’s weird, apparently doing the list for your wedding is a whole thing that could cause some issues.”

She has starred in two major television hits, including That ’70s Show and Orange Is The New Black. Each of these series had a long star cast, and leaving them out on one of the biggest days of your life would definitely be an issue. She laughed that the number of co-stars on OITNB alone was huge. “Our cast alone is like, 50 people.”

Laura Prepon was previously linked to Christopher Masterson, brother of her co-star on That ’70s Show, Danny Masterson. The two were together for over 7 years before calling it quits. In fact, Christopher even starred briefly on the show as the “cheese guy”. Ben Foster was engaged to House Of Cards actress, Robin Wright, but they ended that a couple of years ago. This will be a first wedding for the both of them.

Her co-stars on That ’70s Show, Ashton Kutcher and Mila Kunis, were never together during the entire filming of the eight seasons of the show, though they ended up getting married and having two children much after the wrapping up.

We wish the couple a happy life together and a great, though small, wedding!