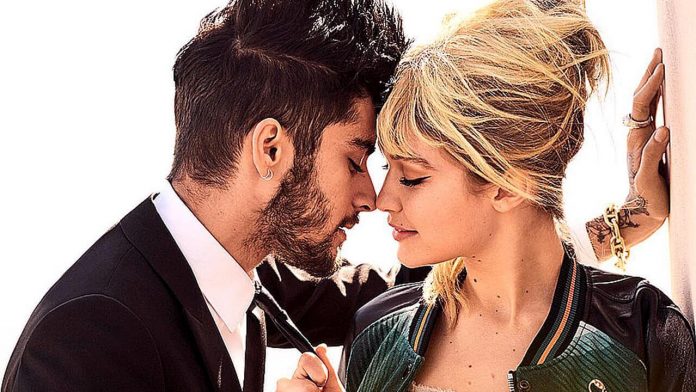 Just in time for Valentine’s Day, there’s a lovely couple who might have taken it a step further in their relationship. Just a few days ago, Pillowtalk singer, Zayn Malik celebrated his 24th birthday. One of the first people to wish him was his girlfriend, model Gigi Hadid. In her black-and-white post to Instagram, the Victoria’s Secret angel gushed about her beau, calling him ‘handsome’.

Her caption read: “happy birthday my handsome! so lucky to know and love a soul like yours. wishing you the best year ever!!!”

happy birthday my handsome! so lucky to know and love a soul like yours ☄wishing you the best year ever!!!

And it looks like the former One Directioner kicked off his 24th by getting engaged. Yes. You read that right. Gigi was spotted in New York, the city where the two young lovebirds stay together, and by images captured by paparazzi, she had a ring on that finger. And it wasn’t the type of ring you wear for fashion, but a proper band that signifies commitment.

And then yesterday, Zayn was snapped by paparazzi with a brand new tattoo. This one stood out though, because it was on his right hand and the word “love” was scrawled over it. Can you believe he got a tattoo that said “love”? Fans were at their investigative best and were quick to conclude that the word was in fact in Gigi’s handwriting. They compared it to a note she had written at the time of apologizing to Melania Trump for mocking her on television.

For the love of god, let this news be true. It is so dreamily fantastic. Imagine a wedding with all her fellow supermodels attending. Not to mention best friend Taylor Swift and the Squad. I mean, they will model down the aisle like a runway, instead of doing it the old-fashioned way!

This is not the first time that Zayn has been engaged. If you remember, he popped the question to Little Mix’s Perrie Edwards, and the two stayed that way for a while, until he broke the engagement around the same time that he left One Direction. So, keep your hopes up about it being right this time, but don’t be too hopeful.