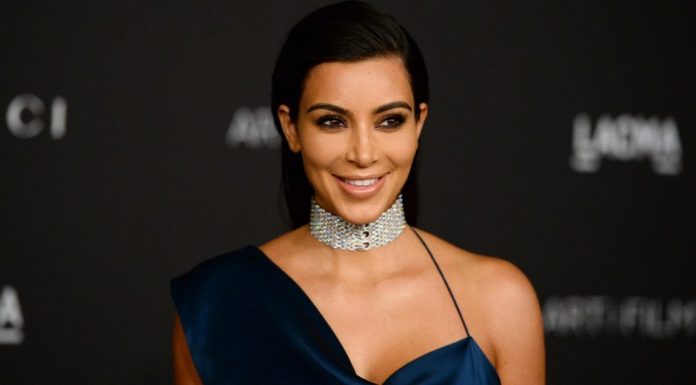 And we can all officially retain our envy of Kim K

It must have been a very cold winter for reality star Kim Kardashian, since she went into hibernation from social media. Since her terrifying robbery at gunpoint in Paris last year, she was in self-imposed exile, though she continued to make headlines for the $10 million worth of jewelry that was stolen during the heist.

But as it gets warmer, she’s ringing in the new year with a bang. Earlier last week she made a triumphant return to social media, posting pictures with her family – rapper Kanye West and children North and Saint. The images looked like they had been pulled out from a Polaroid in the 1970s, with blurry images of the young family in an undisclosed location. Of course, fans and the media both went into a frenzy, hailing the return of the self-acclaimed queen of social media.

Her next appearance was in support of her makeup artist, Mario Dedivanovic in Dubai. She is yet to strut the catwalk or pose for paparazzi in the United States, and she probably won’t ever do so in Paris after her ordeal.

Anyway, in making a manoeuvre from just social media, the Selfish author is taking it to the big screen – in typical Kardashian fashion, she, along with step-sisters and fellow reality stars Kendall and Kylie Jenner have been billed to make a cameo appearance on the upcoming women-centric film, Ocean’s Eight. The reboot to the hit films that originally starred George Clooney, Brad Pitt, Matt Damon, Don Cheadle and the rest of the feisty heist gang, is now coming back, but this time with an all-female ensemble. It’s only natural to include the Keeping Up With The Kardashians reality stars to boost feminism on film, no?

Their cameo appearance shows them in high-fashion attire (obviously), with Kim in a gown and a long fur coat. Kylie and Kendall wear lacy dresses – all appear at the Met Gala where they cross paths with Ocean’s Eight. As usual, Kim’s younger sisters kept posting snippets on social media to update their fans about the ongoing shoot.

Ocean’s Eight stars Sandra Bullock, Anne Hathaway, Cate Blanchett, Rihanna, Sarah Paulson, Mindy Kaling and Katie Holmes. Matt Damon, who played Linus Caldwell in the movies, will also be making an appearance in the film. The length of his role has not yet been revealed.

No matter what your personal opinions about Kim, it’s great to see her getting back to her usual self.