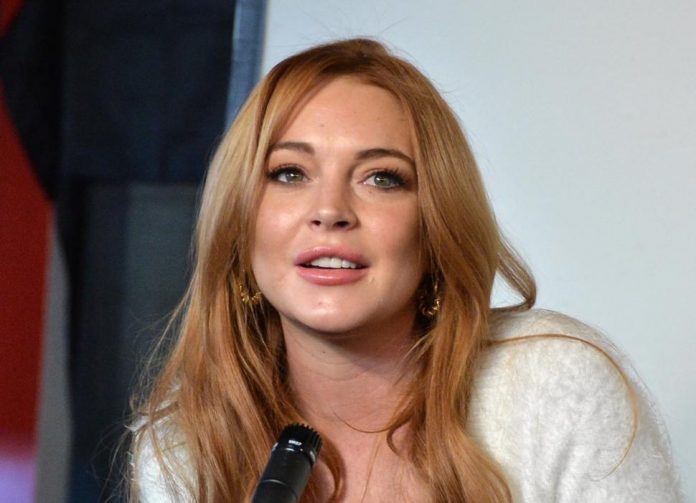 Mean Girls star Lindsay Lohan has always claimed that she is spiritual. Despite her partying lifestyle and six stints in rehab for alcohol and drug abuse, the troubled actress seems to be finally turning things around. At least if the current social media frenzy is anything to go by. The latest in Lindsay Lohan news is that she may have converted to Islam. How do we know this? She has deleted all her Instagram photos and only left a hint of her existence in her bio. It reads “Alaikum Salam”, which when translated from Arabic means “and unto you peace”.

Muslim followers on Twitter were extremely happy with the possible conversion, tweeting –

‘Im so happy that lindsay lohan found Islam. may Allah guide her and bless her.’ (sic)

‘I heard that Lindsay Lohan converted to Islam? If it’s true, alhamdulillah. God has shown her the right path to now follow.’

The Rumors singer actually rang in the new year at Dubai, celebrating with close friends who were probably the ones who gifted her a copy of the Quran earlier. Back in 2015, she was photographed walking around, holy book in hand while visiting a community center in Brooklyn.

Last year, she appeared for an interview on Haber Turk, a popular Turkish talk show, where she spoke about the widely circulated photograph –

“My very close friends, who have been there for me a lot, in London are Saudi and they gave me the Quran and I brought it to New York because I was learning. It opened doors for me to experience spiritually, to find another true meaning. This is who I am.”

But her fellow Americans, who have been slightly averse to the extreme religion, apparently did not take kindly to her leanings towards Islam –

“They crucified me for it in America. They made me seem like Satan. I was a bad person for holding that Quran.”

She said she was so afraid of her own country, that she moved to London to find solace with her Saudi friends.

In 2014, Lohan spoke to talk show queen, Oprah Winfrey about her relation to spirituality. Of course, it looks like she confuses spirituality and religion as being one and the same thing. Oprah, who helped Lindsay and earned the nickname of being her “fairy godmother”, rented a house for her in New York and produced Lindsay, a reality show on her channel, OWN.

“I’m a very spiritual person and I’ve become more spiritual as time has gone on. I’m really in touch, whether it’s prayer or meditation…there are so many powers greater than me in the world. I’ve been blessed and lucky enough to have been given a gift to share with other people.”

Lohan even spent time in Turkey, where she interacted with refugee children who had crossed over from Syria. She was photographed covering her head with a flowery scarf, and was very cordial with the local paparazzi. She told Page Six about returning to Istanbul once again, but not after the recent bombings that took place. “The dates are not set yet. It depends on how Turkey feels after the recent terrorist attack in Istanbul. Not that any attack has or will ever stop me from helping those suffering, those who need our help the most.”

She even spoke about her family, loved ones with whom she’s had a rocky relationship with in the past, and has blamed for a turbulent childhood. “I miss my family a lot, but they are very supportive and understanding of the fact that my main focus is business, writing and soon to start another film. More so, my work with refugees.”