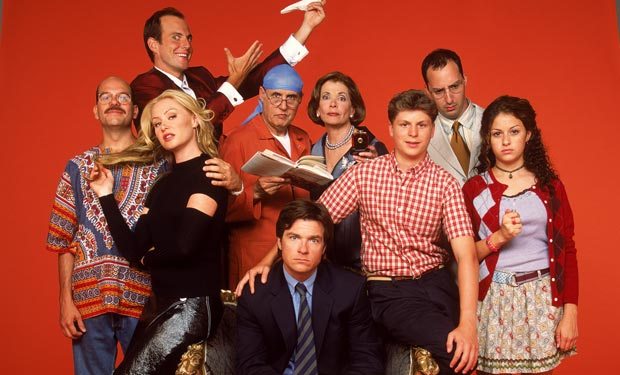 The Bluths are back!

After 4 hilarious seasons that took us into the chaotic lives of the Bluth family members, we just might be getting to see more of them soon. As per the show’s creator Brian Glazer, all the actors have given the green signal to doing another season, and that the reboot is in the works.

“All of the actors have agreed to do it, and I think they’ve all agreed to their compensation structure. It should be happening soon.”

Arrested development first aired back in 2003 on Fox, but the show unfortunately got cancelled after just 3 seasons, due to low ratings. However, it soon developed an immense cult following after it was its popularity soared when it went off air. Thanks to streaming and downloading sites, its viewership increased and there was a strong demand to bring it back.

Then, in 2013, it went into its fourth season on Netflix. But the drawback was that the episodes, in their individuality, did not make much sense and would only come into place once the whole season was watched in its entirety. Again, ratings were low and it did not get another season renewal.

However, the show managed to catapult its stars to main Hollywood fame. The main characters – Jeffrey Tambor, Jessica Walter, Jason Bateman, Michael Cera, Portia de Rossi, Will Arnett, Tony Hale, Alia Shawkat and David Cross went on to have successful careers in other movies and shows as well.

What separated Arrested Development from other shows was its intelligent humor and fast-paced wit. It tells the story of the wealthy Bluth family, the main character being the honest and straight-forward son, Michael Bluth. His father, George Bluth is arrested for being a corrupt real estate developer. His mother, Lucille, is a perpetual alcoholic who manipulates the entire family and has a strong (often bordering on the incestuous) relationship with her youngest son, Buster. The eldest, a failing magician called GOB (pronounced as Job, from the Biblical character) tries to gain appreciation from his parents, but in vain. Michael’s twin sister, Lindsay is a spendthrift, married to a psychiatrist-turned-actor, Tobias Fünke. Their daughter, Maeby is manipulative towards her parents, and attracts the attention of Michael’s bumbling teenage son, George Michael. Their relationships put together and the storyline has fans wondering why the show ever went off the air.