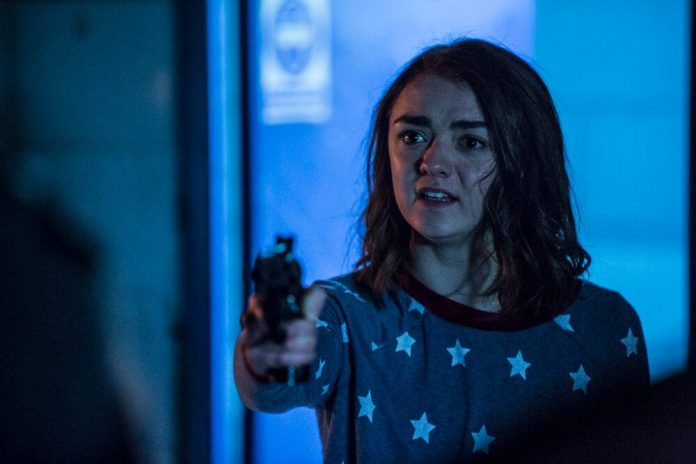 Game Of Thrones star Maisie Williams has been keeping herself busy while the White Walkers take over the Wall. Just kidding. The star, who plays the revengeful Arya Stark on the hit HBO series, is now lending her talent to Netflix movie, iBoy. And from the looks of the trailer, it is pretty dark and action-oriented.

A boy, Tom (played by Bill Milner), is a regular teenager who is one night attacked by a gang and in the chaos, he finds himself injured, with fragments of his phone stuck in his brain. Though the doctors say that it is not life-threatening, they warn him to let them know if anything disturbing happens. Soon, he finds out that he can ‘see’ and ‘hear’ phone messages and the internet. He can also apparently ‘know’ people’s weaknesses, like when he gets the knowledge that his attacker has a weak knee.

His teenage love interest and friend, Lucy (played by Maisie) has also been a victim of the thug gang. Now, he has to fight the bad guys, with his newly acquired superpowers. The 2 hours that movie goes on is filled for violence, fight scenes and tender moments between Tom and Lucy. And thankfully, Maisie speaks in her regular accent, instead of a fake American one that’s used for most Hollywood movies.

In related news, Game Of Thrones has been pushed to a June 2017 release. Season 7 is going to be wild, at least from what we’ve seen from the spoilers, thanks to a Reddit user who spilled the beans. The last season left us with a lot of loose ends, but great hope, as we now know that the Stark children are reunited back in Winterfell, Jon Snow is known to be the promised one and Dany is on her way to Westeros and threaten the reign of Cersei Lannister, Queen and Protector of the Seven Realms. We are waiting for you, June!