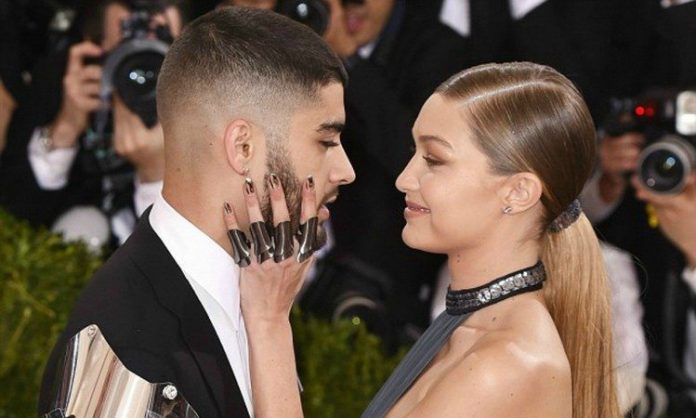 Here’s someone having a fantastic birthday! Zayn Malik, former One Direction band member-turned-pop star-and-shoe designer is ringing in his 24th birthday with wishes from his loved ones. And he’s also getting to spend it with gorgeous Victoria’s Secret supermodel, Gigi Hadid. The Pillowtalk star took to Twitter to show fans how he’s celebrating the big 2-4. Apparently, it’s with a lot of candy. According to him, he’s ‘getting old and sh*t’. But he took time out to thank all his well wishers.

Since Gigi is a big deal on Instagram, she she posted a black-and-white image of the star brooding on a balcony. Her caption was sweet and simple, saying: “happy birthday my handsome! so lucky to know and love a soul like yours. wishing you the best year ever!!!”

happy birthday my handsome! so lucky to know and love a soul like yours ☄wishing you the best year ever!!!

The couple have been at the center of tabloids since they started dating back in 2015, when they met at the MTV VMAs. They made their first appearance on the red carpet together at the MET Gala, where Zayn famously wore metal arms and Gigi got a $2,000 manicure to keep up with the theme for the evening.

2016 was a defining year for the British star. He had left One Direction and went on a solo journey with his hit album Mind Of Mine. He also brought his battles with anxiety and depression to the media, talking openly about what he suffers as an artist in the spotlight. And, he’s also been designing shoes, some of which girlfriend Gigi has been spotted wearing as she struts around New York.

Another welcome wish for Zayn was from his former One Direction bandmate, Liam Payne. He took to Twitter to send his wishes, saying: “@zaynmalik Happy bday bro! Hope all is well and you have a good day celebrating it”. Hmm. From the looks of it, the two aren’t really in touch and just wish each other on monumental days, like birthdays and stuff.

Taylor Swift, his I Don’t Want To Live Forever collaborator for the Fifty Shades Darker OST also wished him. She is, after all, the leader of the Squad which Gigi is a major part of.

We, too, wish the pop star a happy birthday and looking forward to see what he does with 2017!