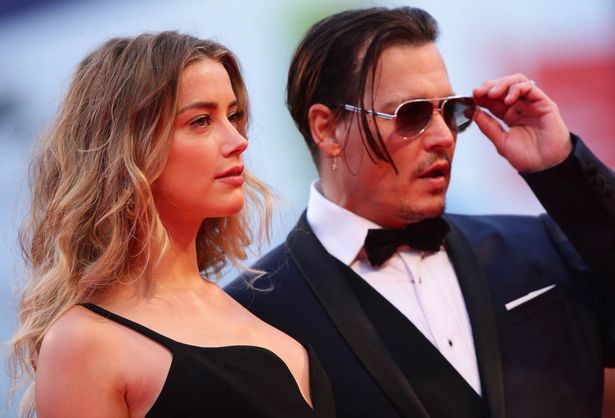 Though 2016 is going well for a lot us (raise your hand if you’re killin’ it already!), Hollywood couples who split last year are still bringing their feud into the new year. Case in point: Brad Pitt and Angelina Jolie, though they did release a joint statement yesterday for the first time since their public split. And here is another A-list former couple who just can’t seem to get away from each other – Johnny Depp and Amber Heard.

In May 2016, Amber appeared in court to file legal separation papers as well as obtain a restraining order after alleging domestic abuse by the Pirates Of The Caribbean star, and looked frazzled in public as paparazzi went on a rampage clicking photos of what appeared to be a visible scar on her face. She later confirmed that Johnny had smashed an iPhone in her face during a brawl, which led to the black-and-blue blemish. While Johnny’s camp went on the offensive, pointing fingers at Heard and bringing up her past which included a domestic dispute of her own, Amber’s camp released more images showing a bruised lip and a video on TMZ showing Depp getting violent in their home while seemingly drunk on wine.

Former The Rum Diary flames were thought to have finally reached a settlement, which saw Johnny donate $7 million in total to Amber’s two chosen charities – the ACLU and Children’s Hospital of Los Angeles. The 30-year-old actress refused to take the settlement amount herself after facing public backlash from the public, especially the 53-year-old’s fans, who coined the term ‘Scamber’, indicating that she was creating this whole ‘domestic violence’ accusation to make money off her divorce.

E! News has obtained papers written by Amber Heard, in which she says that Johnny Depp is now asking her to pay $100,000 in legal fees that he had to incur due to the marital separation. In the letter, she says –

I am now told that Johnny is taking outrageous steps of seeking legal fees from me because I have asked the court to enforce the settlement agreement that we reached four months ago. I am told that Johnny somehow claims I am the one who is delaying settlement rather than the other way around. These claims are contemptible and shocking. Johnny has delayed the resolutions of this matter. I want my life back. I want to be divorced from Johnny now.

It looks like Johnny is taking his own time to make the settlement payment, which was part of the agreement both parties reached so that Heard could drop her domestic violence charges against him. However, Johnny’s lawyers responded to that letter through E! News stating that Heard ‘continues to needlessly litigate a case which has been settled, all while parading in front of the media in a desperate attempt to extend her fifteen minutes of fame’. Johnny’s team has also said that Amber violated the terms of the agreement when she decided to make a video posted on Girlgaze YouTube channel about violence against women and how to address it. You can watch the video below –

Amber Heard will next be seen in one of this year’s most awaited films, Justice League where she plays Mera, the love interest of Jason Momoa’s Aquaman. Johnny Depp will be reprising his role as Captain Jack Sparrow in Pirates Of The Caribbean: Dead Men Tell No Tales.