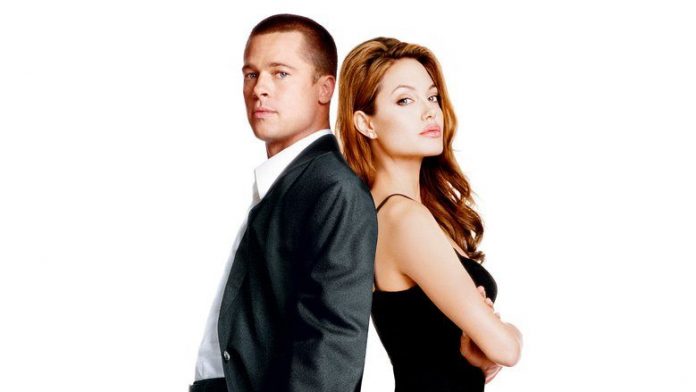 How can it be that you can be so in love with someone and a decade later each of you are taking turns bashing the other in public and trying to look like the innocent one? During the filming of their film Mr. & Mrs. Smith back in 2005, Brad Pitt and Angelina Jolie, two of Hollywood’s most hottest individuals, fell in love and started a family together. The media went into a frenzy. Not only did they adopt three children from different countries, they even had three more of their own. Together, they looked like the perfect family. In fact, so deep was their commitment that each changed their last times to Jolie-Pitt. And now, twelve years down the line, the media is once again in a frenzy over their split. Of course, we want to know what went wrong.

Initial reports that surfaced, says that there was an abuse incident on board a private plane between Brad and their eldest son, Maddox. There was further fuel that the A-list actor was constantly under the influence of alcohol and marijuana. And Jolie had enough. We also learnt that Pitt could not see his children anymore and only had supervised visitation rights, along with a child therapist in their presence, in a therapeutic environment. Also, Jolie took to the courts to file papers demanding sole physical custody of all children.

Jolie’s team even went to the media to say that Brad’s team was trying to show her in bad light to the public, and is not telling the whole truth, one which sees him as the abusive culprit who can’t handle himself nor his kids. A statement was filed by Angelina’s lawyer, Laura Wasser, that stated –

There is no question that this case has been of extraordinary interest to the public since its inception.

And there is little doubt that (Pitt) would prefer to keep the entire case private, particularly given the detailed investigation by the Federal Bureau of Investigation and the Department of Children and Family Services into allegations of abuse.

Her conduct in this case has been grossly mischaracterised by (Pitt).

Likely terrified that the public will learn the truth, (Pitt) is now casting blame at (Jolie) for the consequences of his own actions.

The latest development in the ongoing Brad Pitt-Angelina Jolie divorce case is that they have finally reached an agreement in the divorce. For the first time since the announcement of their split, the former hot flames have issued a joint statement to the Associated Press on Monday night, seeking confidentiality of their divorce case through a private judge. The statement read –

The parties and their counsel have signed agreements to preserve the privacy rights of their children and family by keeping all court documents confidential and engaging a private judge to make any necessary legal decisions and to facilitate the expeditious resolution of any remaining issues. The parents are committed to act as a united front to effectuate recovery and reunification.

Whatever may be happening to one of Hollywood’s biggest couple, it’s good to know that the public mud-slinging has come to an end and that they are concentrating on their children – Maddox Chivan, Pax Thien, Zahara Marley, Shiloh Nouvel and twins Vivienne Marcheline and Knox Leon – the ones who will be most affected by this divorce.