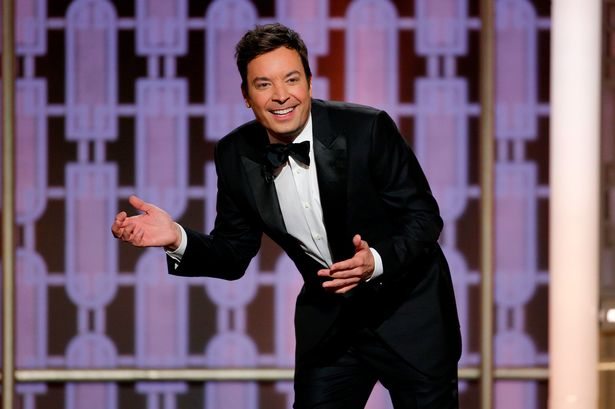 Such a big night in Hollywood does not go down without its own set of memorable moments that had people swooning, sparring, taking politics to task and of course, tweeting like they get paid to do it! The annual Golden Globe Awards 2017 was a spectacular Hollywood night, with stars arriving on the red carpet decked to the nines. And with regard to those who took home the golden globes, check out our complete list of winners. Ryan Gosling-Emma Stone starrer La La Land took home the maximum number of awards – 7 in total – and beat Golden Globe records by winning under all categories the modern day musical was nominated for.

Last year, the All Of Me singer won a Golden Globe for Glory (Selma). This year, he came as part of the entourage for La La Land, in which he played Keith. He wasn’t nominated in any category, but he turned up along with gorgeous wife and Sports Illustrated model, Chrissy Teigen. And it looks like the organizers didn’t know who he is, because they spelt his last name wrong on his place card. Chrissy took the chance to make fun of him on Twitter.

Did he drink too much champagne? Ryan Reynolds and Ryan Gosling were both nominated in the same category for Best Actor in a Musical or Comedy. The first Ryan was nominated for his role in last year’s blockbuster film, Deadpool. The second Ryan was nominated for the musical La La Land, the winner of the night. It was the second Ryan who won the award, and instead of sulking like a sore loser, the first Ryan took the opportunity to grab Andrew Garfield and kiss him right there at the table! And wifey Blake Lively didn’t seem to mind, as she laughed and clapped. Poor Andrew, all he probably wanted to do was kiss his ex, Emma Stone who won the award for Best Actress in La La Land!

After winning the prestigious Cecile B DeMille award for her stellar contribution to Hollywood, Meryl Streep took the opportunity to voice her opinion about the future leader of the United States, Donald Trump. Without taking his name, she spoke defiantly to a room that was silent and hooked on to every word she spoke. You can read her entire speech on Time. Watch her entire speech below.

If there is one gentleman left in Hollywood, he goes by the name of Ryan Gosling. Winning his first Golden Globe for La La Land, the actor thanked the one person who made it all happen for him – Eva Mendes. Calling her ‘my lady’ and ‘sweetheart’, the actor was vocal about how she took time off while bringing up their daughter, Esmerelda and being pregnant at the time with their second daughter, Amada, and also handling her brother’s battle with cancer – while he was making the film that would ultimately bring him this award. He ended his acceptance speech by dedicating the win to her now deceased brother, Juan Carlos Mendes. And all around the world, women were grabbing the nearest tissue box and sobbing while their men were secretly wishing they could be as manly as Ryan Gosling.

Leave it to Sex And The City‘s Carrie Bradshaw to use fashion to make a poignant statement. That’s exactly what happened when SJP showed up on the red carpet with this fantastical, out-of-this-world memorial to Carrie Fisher. No one is going to forget their beloved Princess Leia during this year’s awards season.

And we end this with the wise words that Carrie Fisher gave Meryl Streep. Let’s use it in our lives, too, shall we?