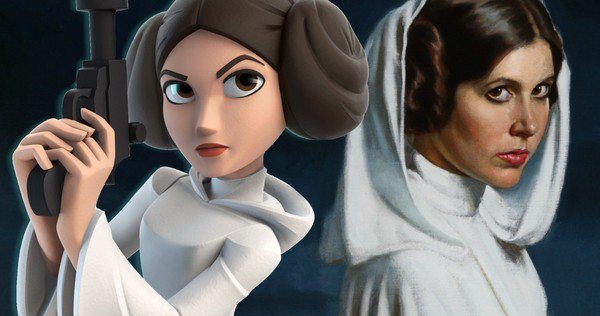 The legend of Carrie Fisher lives on, indeed. After the death of one of the most beloved characters on and off screen, fans are petitioning that the immortal role she played be carried on by Disney. In the first instalment to George Lucas’ hit franchise, Star Wars, Fisher took up the role of Princess Leia, later known as General Leia Organa in Star Wars: The Force Awakens.

Disney took over the ownership of Lucas Films, the original production house responsible for bringing us episode after epic episode of the Star Wars series. In fact, the first movie to be released by Disney was 2015’s blockbuster, Star Wars: The Force Awakens, and most recently Rogue One: A Star Wars Story that was the highest grossing film of the year. It was time-lined to before the original movie, Star Wars Episode IV: A New Hope and told of the first rebel alliance that stole the plan for building the Death Star by Darth Vader and the Empire. Next, we will resume the story from The Force Awakens, with Star Wars: Episode VIII that will be released on December 15, 2017.

Anyway, back to the main topic – a big Star Wars fan and father to little girls, Cody Christensen has started an official petition on Change.org that is titled: “Make Leia an official Disney Princess”. The petition reads as –

After the tragic loss of Carrie Fisher, we feel that it is only fitting for Disney to do away with the rule that an official Disney princess must be animated and make Leia a full-fledged princess. This would be a wonderful way to remember Carrie and a welcoming to one of Disney’s new properties that is beloved by millions.

What we ask is that the Walt Disney Corporation hold a full ceremony inducting Leia as the newest Disney princess as well as a special service in memory of Carrie Fisher.

When asked about why he created the petition in the first place, Cody said: “I actually have 5 daughters and there are constantly princess movies playing in the background. We are big fans of the current princess lineup, but I think that Leia is a really strong, positive, awesome role model for my girls, and she would make a great addition.”

And seriously, think about it. Imagine spin-off animated Leia movies, merchandise, Disneyland get-up, series and so much more. It really would be a great addition to the Disney princess lineup, not to mention she is a fantastic role model for girls and women alike. Use your power and be a part of this great petition, by CLICKING HERE.