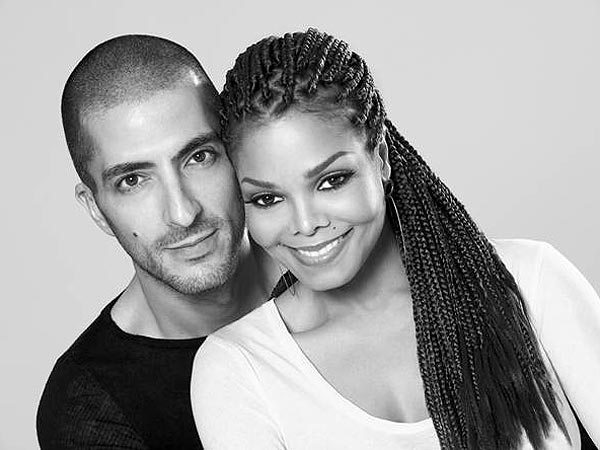 Singer and Hollywood actress, Janet Jackson can add one more achievement to her roster – she’s become a mother for the first time! Youngest sister to the Jackson Five, she and husband Wissam Al Mana welcomed their first child, a son, together on January 3, 2017 – as confirmed by her rep exclusively to People Magazine.

What a joyful way to ring in the New Year!

And what have the proud parents named their new bundle of joy? Eissa Al Mana. Her rep said in an official statement –

“Janet Jackson and husband Wissam Al Mana are thrilled to welcome their new son Eissa Al Mana into the world.”

“Janet had a stress-free healthy delivery and is resting comfortably,” the rep added.

Late King of Pop, Michael Jackson’s little sister married Qatari businessman, Wissam Al Mana in 2012, and the couple are extremely private about their lives. News of Janet’s pregnancy at 51-years-old and the impending birth of her first child, came to light back in May. That was when she cancelled her Unbreakable World Tour and made the exciting announcement to fans through a video she posted on her official Twitter page in April, saying that she was taking time off with her husband to concentrate on starting a family together.

In the clip, the momma-to-be says: “We’re in the second leg of the tour, and there’s actually been a sudden change. I thought it was important that you be the first to know. My husband and I are planning our family. So, I’m going to have to delay the tour.”

Shortly after this exciting announcement that had fans congratulating her, but asking for their concert tickets refund, she shared an exclusive image of her baby bump with People, again. A source close to the singer said at the time:  “She is super excited about her pregnancy and is doing extremely well. She actually feels very good about everything.”

Elder brother Jermaine Jackson, a father to nine children himself, said of his baby sister: “She’ll be a great mother because she is very tough, very strict. But I tell her, ‘If you need any parenting skills or baby skills, let me know because I’m the best diaper changer there is on the planet, still to this day.'”

We wish the new parents a happy time together with their growing family.