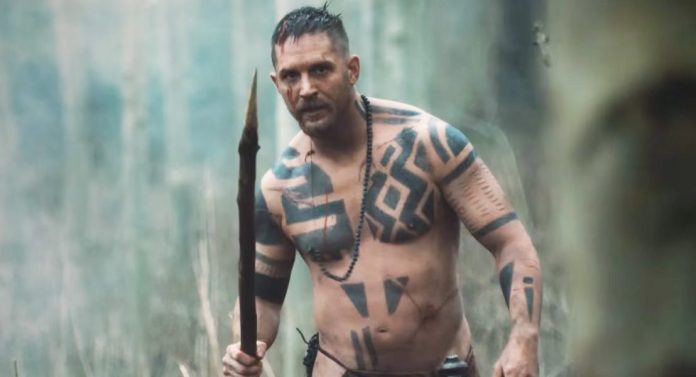 Who’s going to say no to Tom Hardy in the buff?!

We fell deeply in love with Tom Hardy when he hit it big time on the big screen as Bane in The Dark Knight Rises. So when it comes to any of his works, we are sure they are going to be a big hit with audiences. This time around the Black Hawk Down actor is taking to the silver screen to play the lead in FX’s latest hard-hitting banger, Taboo.

Probably the next big thing on television for 2017, Taboo’s storyline takes place back in 1814. Hardy, playing a hardcore rogue adventurer, returning to his hometown as the biblical prodigal son. He is believed to be long dead by the townspeople in London. He is here on a mission – to inherit his dead father’s shipping empire and rebuild his life. But as one can imagine, it isn’t that smooth-sailing for James Delaney, Tom’s character, as enemies are lurking behind every dark corner, and what he also will be gaining along with his father’s riches is the retribution of some very bad men.

The trailer for Taboo shows a number of shots that look plain bonkers – Tom Hardy in a loincloth in prison, vowing he is going to do some “very foolish things”. Then Tom chilling with his mate – a pooch. Now we see a character with a pig’s head. A lot of different scenes for what looks like a damn good series on FX, the channel that previously brought you hits like Sons of Anarchy and American Horror Story.

Part of the cast are those that have been killed off on HBO’s Game Of Thrones. They include Jonathan Pryce, who played the High Sparrow and Oona Chaplin, who had a short-lived character playing Talisa Stark.

Taboo has been written jointly by Tom Hardy and his father, Chips Hardy. It is being executive produced by Hardy, Ridley Scott and Stephen Knight. The eight-episode series will premier on January 10, 2017 exclusively on FX.