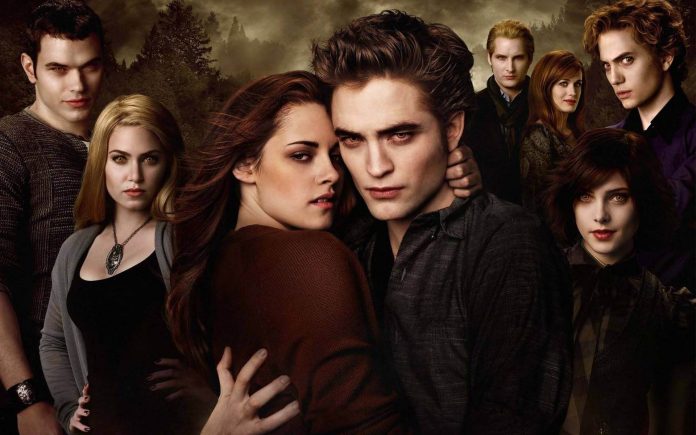 Omg, are you getting those Bella Swan-Edward Cullen vibes? 2016 has been as cold as Cullen skin, but now that the year is ending, it looks like the sun has come out and everything is sparkly like Edward in the light! Posted on social media to make it “Instagram official”, Twilight star and sister to Robert Pattinson’s Edward Cullen in the hit book and film franchise, Ashley Greene aka, Alice Cullen, is officially off the market.

The super romantic video was shot way down in New Zealand at the aptly named Bridal Veil Falls on December 19. So, while the rest of us were preparing for a drunken weekend to shun away our singledom blues, Ms. Greene was shouting “Yes!” near a pristine waterfall and breaking our hearts all over again. Her longtime boyfriend, Paul Khoury planned the whole expedition and popped the question which was responded to with cheers and jumps and a whole lot of happiness.

This is the most beautiful moment I could have ever hoped for. You've successfully made me the happiest, luckiest woman alive. I can't wait to show you my unfaltering immeasurable love for the rest of our lives. #engaged #? #loveofmylife #futurehusband

The Twilight star then took to Instagram to post a touching tribute to her soon-to-be husband, saying: “This is the most beautiful moment I could have ever hoped for. You’ve successfully made me the happiest, luckiest woman alive. I can’t wait to show you my unfaltering immeasurable love for the rest of our lives. #engaged #loveofmylife #futurehusband”

Khoury also posted to Instagram, declaring his undying love for his undying (just kidding) bride: “I promise to put a smile on your face for the rest of our lives. You complete me in ways I didn’t even know was possible. I love you more than anything and excited to take this next step in life with you! #foreverlove #myfuturewife #ShesGonnaBeAKhoury”

The whole world knows about Ashley Greene, since she starred in all four (five?) movies of the Twilight series as Alice Cullen, best friend and sister to Kristen Stewart’s Bella Swan who is able to “see” things. She also famously dated Joe Jonas and infamously came back into the limelight when he dished about losing his virginity to her in the most unchivalrous way possible. She hasn’t been in any major film or television series since Twilight wrapped up, but we can safely say it’s because she’s too busy enjoying her private life.

We did find out about Paul Khoury, her better half, and it looks like he’s a television and voice personality from Australia. We still don’t know how the couple met and their personal journey together, so let’s just wish them a bright, beautiful future and hope to see a Cullen-style wedding in 2017.