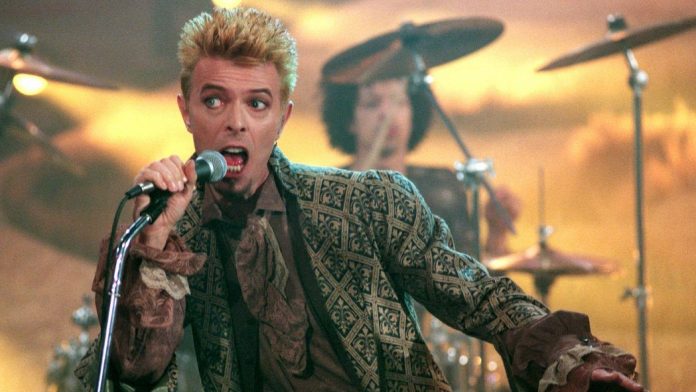 2016 has been an abominable year or what?! We began the year by losing David Bowie, one of the brightest stars that ever existed on the planet and then we ended the year with our Princess Leia, Carrie Fisher succumbing to a heart attack at the age of 60. Why oh why? With just a few more days for the year to end, we beg the Grim Reaper to take a chill pill and not take any more of our loved Hollywood celebrities from us. Enough, already!

With deep sadness in our hearts, we take a look back at the beloved Hollywood celebs we lost in 2016. May they all rest in peace –

The glam rocker was a man who changed the way we look at sexuality. Through his music, fashion and artistry, he opened our minds with his stardust. He even dropped an album just two days before he fell victim to liver cancer. What he’s left behind is untold treasury for posterity.

Many don’t recognize him, because he stayed behind the scenes as the life-long love and manager to pop superstar, Celine Dion. It was René who discovered her when she was still a teen, carried her throughout her career and fought and lost a hard battle with throat cancer.

Another victim to cancer, Alan was a theater and film personality who played some of the most iconic roles. Thanks to him we have Snape from the Harry Potter series as well as other villainous roles for movies like Die Hard and Love Actually.

Don’t know her? How about you read a book! Her bestselling, Pulitzer prize winning novel, To Kill A Mockingbird is a classic that will go down generation after generation as being one of the best written novels of all time. Even though she was in her late 80s, she still managed to release another book, Go Set A Watchman last year.

Former First Lady and wife of Ronald Reagan, she is one of those characters that are known as ruling with an iron fist inside a velvet glove. Her Just Say No campaign to end recreational drug use was one of her most iconic roles she played to date.

She played one of the most annoying mothers on screen through the ’90s biggest sitcom, Everybody Loves Raymond. Her character resonated with so many women as a too caring, too intrusive mother and snarky mother-in-law. In real life, she was an animal activist and loved in the community.

It’s very rare that one year would take away so many legends, but 2016 has been cruel. Purple Rain hitmaker, Prince died suddenly in his home due to pneumonia related illness and a prescription pill overdose. What he left behind, it is said, is a vault full of music to cover another lifetime. We are so waiting for posthumous releases!

Truly The Greatest, the boxing legend was a household name for his feats in and outside the ring. His life was full of ups and downs, but he lived it and his is a story worth telling. After converting to Islam and changing his name, he battled memory loss due to his rough time in the sport. His death was a huge loss for the sports community, though his legend lives on his daughter, fellow boxer Layla Ali.

She was a young voice who made YouTube videos and attracted a huge fan following after her competing on The Voice. Her life was taken too soon when a deranged stalker shot her at point blank range when she was going in for a hug. Truly tragic.

A man who survived the worst Nazi concentration camp, Auschwitz and lived to tell the harrowing tale in his book, Night. He transformed his life and others’ not through hate, but through love and forgiveness and won the Nobel Peace Prize in 1986 as a “messenger to mankind”.

The original Willy Wonka in the film adaptation to Roald Dahl’s Charlie And The Chocolate Factory. Gene Wilder was silently suffering from Alzheimer’s before his death. But, what he left behind were iconic roles, including the Academy Award nominated one in The Producers.

He is the one who penned and composed the ethereal hit Hallelujah that has been covered by several groups since including Pentatonix and Bon Jovi. His passion for music led him to create multiple hits and he even managed to release three albums in the last four years of his life. Truly a legend.

Alan played one of the most loveable dads on screen to date with his iconic role as Dr. Jason Seaver in Growing Pains. His death is such a tragedy because he died while playing his real-life dad role with youngest son Carter during a game of hockey. His other son is Blurred Lines singer, Robin Thicke.

She was the original socialite and actress. The blondes we have today cannot compare with the style and élan that the most famous Gabor sister carried around with her. She was married a total of nine times and was known for her beauty, wit and time in the spotlight.

The Last Christmas pop icon gave us a tragic Christmas this year with his sudden passing due to suspected heart failure. He has left behind a legend like no other, including hits like Careless Whisper and Wake Me Up Before You Go-Go. His own struggles with being homosexual in the ’80s later turned him into an advocate for gay rights and HIV awareness. After his passing, reports are also emerging of his generosity and selflessness.

She played a number of characters throughout her life, the most iconic one being Princess Leia on Star Wars. Her real-life roles were just as memorable – a mother, daughter, wife, comedienne, confidante, lover, author – the list goes on. And yes, she was also an advocate for mental illness, having struggled with bipolar disorder as well as her openness towards substance abuse to become a helping hand with addicts.