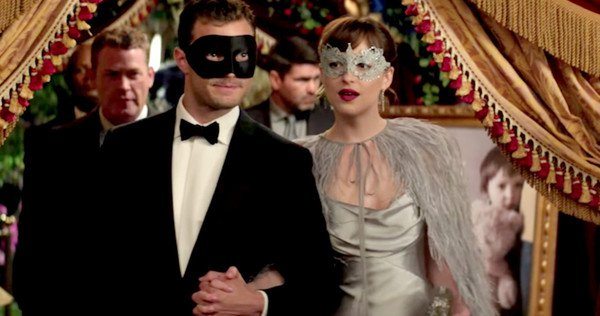 There’s some steamy love in the air! If you enjoyed the books by E L James, then you are going to love the movies that follow. Starring Jamie Dornan and Dakota Johnson in the lead, the Fifty Shades Hollywood-adapted movies are extremely romantic and bring the bestselling books to life.

The second movie, Fifty Shades Darker, will see the two trying to come together again in a ‘vanilla relationship’ and leave their dirty pasts behind. But stalkers and ex lovers threaten their very lives and dare to dig up a past that should have been buried long ago. Will Anastasia be able to dodge the literal demons that follow her? Will Christian be able to overcome a strong connection to the woman who introduced him to his favorite bedroom games?

The first trailer to the movie was released with fans asking for more, so they released a second trailer that is just as tantilizing to the eyes and ears. Watch below –

The movie is directed by James Foley and is based on the book by the same name written by E L James.

And a number of artistic talents have leant their voices for the OST to the movie – Beyoncé’s Crazy In Love, Miguel’s version of Beyoncé’s Crazy In Love, Grammy nominated single by The Weeknd Earned It and of course, Ellie Goulding’s Love Me Like You Do. And now we can add two more stars to the list – Taylor Swift and Zayn Malik have come together for an extremely catchy, pumped up single called I Don’t Want To Live Forever. And according to Taylor’s Instagram, the song has already topped the streaming charts on iTunes. Is there going to be a corresponding video to this song? We want!

Fifty Shades Darker will release on January 10, 2017 in theaters worldwide.