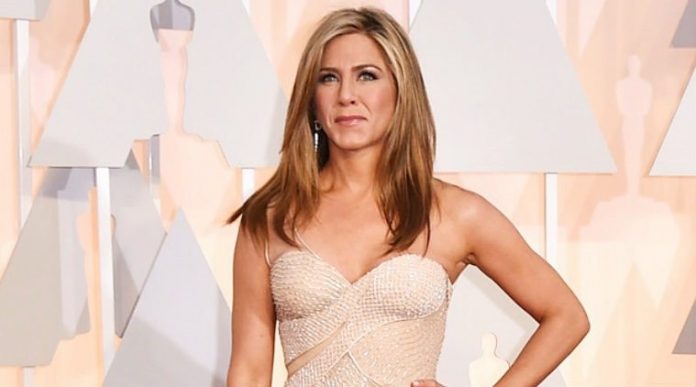 Being an A-list celebrity is not easy. Recently, Lady Gaga gave a real raw interview about how fame has been difficult for her, where she cannot go out in public as herself or even have a conversation with anybody owing to her super stardom. The same can be said for Jennifer Aniston, who hit fame with one of the best sitcoms ever aired, FRIENDS. Her high-profile marriage and ultimate divorce from actor Brad Pitt was a media frenzy for a while, and continued for a decade even after their marriage ended, with tabloids pitting her against Brad’s new flame, Angelina Jolie.

Now it seems that Aniston has had enough. Last year she got married to fellow actor Justin Theroux, and the since then, tabloids have been questioning why she isn’t getting pregnant, if there are issues with her marriage to Theroux, if she has any resentment and bitterness towards her ex and other questions that shouldn’t be there business. Recently, she was photographed by paparazzi while on an island vacation with her husband. Reports emerged that she was pregnant, and after having been under scrutiny for decades, she finally took to the Huffington Post to write an essay on how women are treated in the public eye and in life, in general.

She was on The Ellen Show and sat down with close friend and confidante, Ellen DeGeneres to discuss the op-ed she penned. Jennifer didn’t hold back and really spoke with a passion about the mentality that society has towards the fairer sex.

She started off by saying: “I think these tabloids, all of us, need to take responsibility on what we ingest into our brains. Just because we are women, we have a uterus, we have a vagina, we have ovaries, we need to like, ‘Get to work, lady’. We, as women, do a lot of incredible things in this world other than just procreate – and not that that is not (incredible). But it’s like, we get boxed in.”

“And women, I have to say, are authors of many of these horrible articles that are written in these B.S. tabloids. So, we have to stop listening to them, we have to stop buying them because we have to support each other, especially at this time, to love each other, to support, and to be proud of women whatever your choice is in life. It’s up to us what makes us happy and fulfilled.” Ellen and the audience erupted in applause at the openness and genuineness of a social truth that women have faced since time immemorial where they were considered objects for male satisfaction and machines that were only here to procreate.