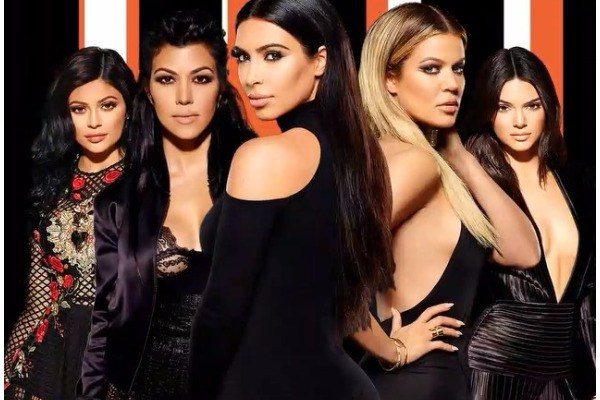 Have your prayers finally been answered?! Here’s your Christmas gift in advance! LOL. JK. E! reality show Keeping Up With The Kardashians is on an indefinite hiatus from filming, at least till the end of the year. Though many are breathing a sigh of relief that they get a break from the in-your-face reality family, it is reported that the channel has enough footage already to feature another season, minus the personal family trauma that included Kim Kardashian’s Paris robbery and Kanye West’s hospitalization.

On October 3rd, Kim was in Paris to attend Paris Fashion Week when she was robbed at gunpoint in her luxury residential suite, tied up and gagged in her bathtub. Though she has made a couple of public appearances since then, mostly covered in a hoodie and shades, she has officially not yet officially stepped out as her glamorous self. As soon as the attacks happened, she flew back to New York to be with her family, including two infant children, and was said to be extremely traumatized by the frightening experience.

Then in November, husband Kanye West’s rants went unusually crazy, until he finally went overboard and ranted about Jay Z and Beyoncé while on his Life of Pablo tour. He arrived nearly two hours late and finally walked out just half an hour into the show. It was later reported that he had voluntarily checked himself into UCLA Medical Center for psychiatric testing. He then completely cancelled the remaining shows, a total of 21, from the rest of his tour. Since that day, he has not been seen, and speculative “sources” keep trickling information to the media about the seriousness of his mental health that had initially been diagnosed as sleep and water deprivation. Some skeptics say that he is in hiding so he can evade the major insurance bill for cancelling such a major tour worth millions. Others began showing support through the #PrayForKanye hashtag that began trending.

Now sources close to the media frenzy couple are saying that Kim is “rethinking everything”. Initially, she was upset that Kanye had created more drama while she was still recovering from the Paris incident. Now, it seems that the family is under pressure to measure the stakes of them either continuing their reality TV series, including their active lives on social media, or taking a backseat. The latter option is what they are choosing for the moment. So, this means that the filming crew for Keeping Up With The Kardashians will get their long-awaited, much required Christmas holidays with their loved ones instead of the Kardashians.

If you’ve got nothing better to do and need some of this family’s drama in your life, then why not watch Rob Kardashian and Blac Chyna’s reality show where the birth of their baby girl, Dream was filmed, right in the delivery room. You’ve got to love reality television, no?