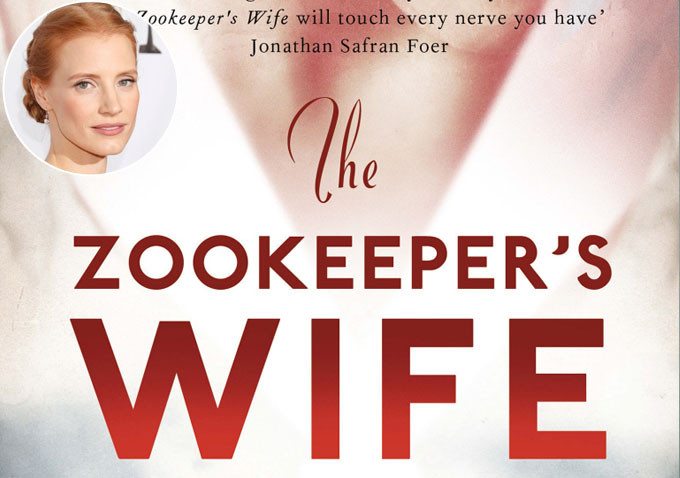 When you begin to watch the trailer of the Jessica Chastain starrer, The Zookeeper’s Wife, you’re immediately enchanted by the breathtaking scenery of an animal zoo, with exotic wildlife dotting the landscape. And then the true story behind the beauty hits you – the secret within the chambers of the zoo that held a terrible secret. For you see, it is 1930s in Warsaw, Poland and Hitler’s Nazi army are just about to take over and are already capturing Jews, enslaving them and condemning them to the camps that would prove their mass grave, or as the Germans say, massengrab.

But within the Warsaw zoo is a place of comfort, of hope, for the family that live there, led by matriarch Antonina Zabińska is hiding victims and giving them a second chance at life. The screenplay takes you in, and by the end of the trailer, you will have tears in your eyes. Especially when the lead character, played by Ms. Chastain says: “Maybe that’s why I love animals so much. You look into their eyes, and you know exactly what’s in their hearts.”

The Zookeeper’s Wife is an adaptation to the international bestseller of the same name by Diane Ackerman. The author gained access to the diaries of  Jan Zabiński (Antonina’s husband), and re-told the heroic story of a simple family who made place in their hearts and in their homes for people they didn’t even know. The trailer is heart gripping, because of the metaphorical connection of cages and the freedom of lives.

The film is being distributed by Focus Features and is directed by Niki Caro.

The film is looking for a United States and worldwide release on March 31, 2017. It is based on the  non-fiction novel The Zookeeper’s Wife by Diane Ackerman.