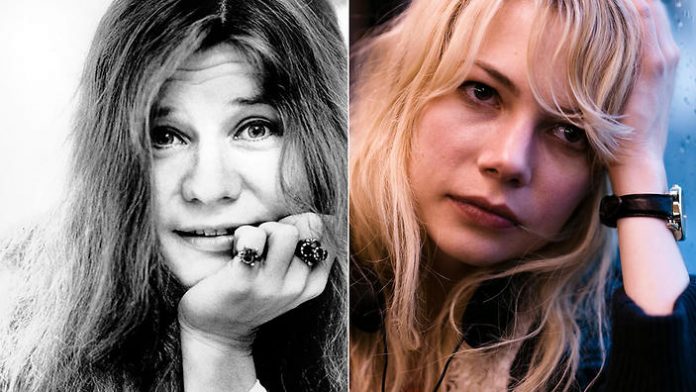 It’s been 4 decades since the Blues star, who is part of the infamous 27 Club (a notorious posthumous list of stars who died at the age of 27 and includes the likes of Jimi Hendrix, Jim Morrison, Kurt Cobain and Amy Winehouse). Her memory and ethereal voice lives on and she left behind a number of hits and an iconic voice that none of her contemporaries can beat.

Now, after years of going back and forth, a project on her life is finally being produced and Hollywood A-lister, Michelle Williams is set to take the lead, playing Janis Joplin in the biopic. The film, titled Janis, is based on a book called Love, Janis, one written by her sister Laura Joplin, on the letters that Janis wrote to her and her loved ones during her lifetime. Based on the writings, a storyline can be drawn about a young girl with a big voice who was bullied in her childhood, had the Blues as her passion, sang in coffee shops to small audiences and then was catapulted to superstardom after performing at one of the first Woodstock Festivals in the 1970s. It also tells of the darker side of her meteoric rise, where she battled a broken romantic life, always felt isolated from the world and had a love-hate relationship with drugs and alcohol, particularly heroin that finally took her life after an overdose in her hotel room. This was just after her 4th hit album that set free to the world iconic songs like Me And Bobby McGee and Piece Of My Heart.

Many leading Hollywood actresses were set to play the part that finally went to Williams – including Renee Zellweger (who already starred in a musical Chicago), Zooey Deschanel, Amy Adams and Broadway star Nina Arianda.

It seems that Michelle Williams is already training her voice for the part that will be very difficult to replicate and one of the biggest challenges of her career. The film is set to start production in winter and we can’t wait for the final result!