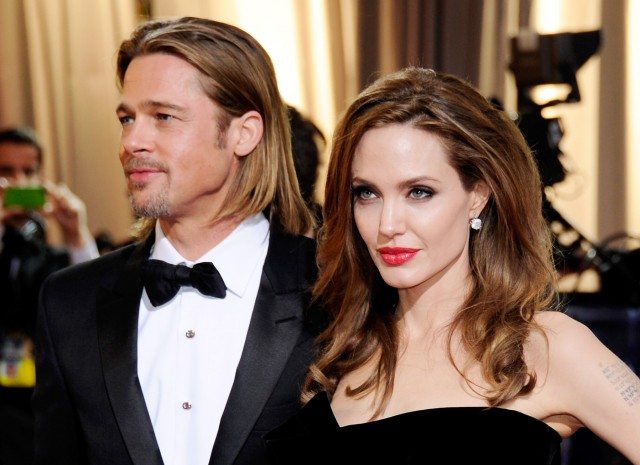 After the news of the Angelina Jolie-Brad Pitt divorce broke, the Internet at large was quick to come up with their own speculations, “source” information and of course, Jennifer Aniston memes. Part of the gossip had been about Brad having cheated on Angie with his forthcoming movie co-star, Oscar winner Marion Cotillard. The claims that Jolie hired a private investigator and caught her wandering partner red-handed. Of course, this came as no surprise, considering that the whole cheating this was eerily similar to the way a then-married Brad Pitt cheated on Jennifer Aniston with his Mr. & Mrs. Smith co-star, Angelina Jolie. But, Marion released an official statement through her Instagram account, refuting the report and also sharing that she is pregnant!

TMZ also reported that Angelina was in fact fed up of Brad’s continued abuse of alcohol and marijuana, which he had earlier promised to give up in exchange for caring for their ever-growing brood of children. And now, a new report has emerged that he was actually verbally and even physically abused one of their children on a private jet. The incident apparently happened in front of Jolie and she decided to end the relationship legally a day after the incident, that is, September 15. It makes sense, considering her official statement read: “This decision was made for the health of the family.” Pitt’s statement that came a day later stated something very similar: “I am very saddened by this, but what matters most now is the well-being of our kids.” His camp is also saying that he feels victimized that he is being painted as the bad guy openly in the media, and that he has had nothing but love for his family and being abusive would be the last thing on his mind.

Everyone seems to be taking their divorce very seriously. In fact, Madame Tussaud’s London has even separated their wax statues, put Robert Pattinson between them and issued their own statement through Instagram.

Following the news of Brad Pitt and Angelina Jolie commencing divorce proceedings, we can confirm that we have diplomatically separated the couple in our Party area. #madametussauds #london #tussaudslondon #brangelina #bradpitt #angelinajolie #brad #ange #wax #divorce

Brad Pitt and Angelina Jolie’s closest friend, George Clooney, who has known the couple for decades now, was clearly blind-sided when he was confronted by a reporter who asked him about what he thought of the pair splitting up. It seems that he hadn’t yet read the tabloids, neither had he heard about it from the star couple themselves.

And in more distasteful news, Jennifer Aniston herself has kept mum about the ongoing incident, but her best friend, self-professed comedienne, Chelsea Handler had some choice words for the divorce proceedings: “There were rumours that part of the problem was that Brad was allegedly drinking and smoking too much weed. I wonder why he would need to self medicate. Maybe because he could have been spending the last 12 years at Lake Como hanging out with George Clooney and Matt Damon instead of being stuck in a house with 85 kids speaking 15 different languages. Oh yeah, because he married a f*cking lunatic, that’s why”. Ah, Chelsea, always the class act!