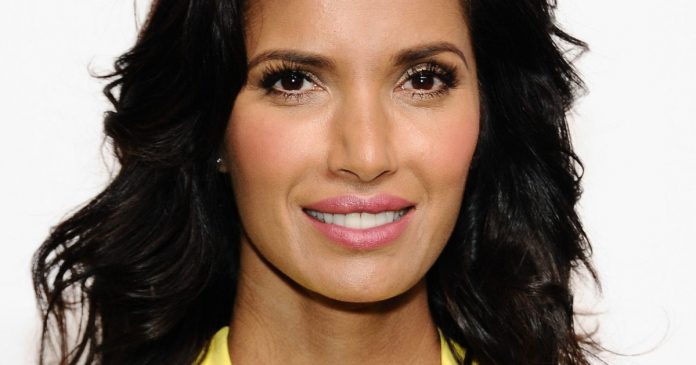 Supermodel and successful TV host, Padma Lakshmi has joined the list of celebrities to release a memoir about her life. Who would have guessed that someone who always seems composed and content with life didn’t live the way we had imagined. Love, Loss, And What We Ate: A Memoir has been released for a worldwide sale.

Excerpts from the book are emerging in reports, stories that are both inspiring as well as shocking.

One of the stories is from early in her life when she wasn’t the top model and host of Top Chef that we know and love today. She used to stay in Queens, New York with her mother and stepfather. It seems that a few times she woke up to her stepfather with his hands down her pants and her hand in his pants, by force. She says that it may have happened many times, though she slept through it most of the time. When she confided in her mother, the latter believed her, though when sharing it with someone else important, it was taken with a pinch of salt. The result? Instead of her side being taken, she was packed off back to India within a week.

Another sad story comes from her failed marriage to award-winning writer, Salman Rushdie. Though many have speculated for years about why the marriage didn’t last, she has finally opened up and let us know a disturbing and somewhat immature attitude from the author. The supermodel suffered from endometriosis, a painful illness where the wall of the uterus doesn’t get discarded during a woman’s period. At the time it was undiagnosed, but she couldn’t get physical with him because of its debilitating effect, to which Rushdie labelled her a “bad investment” and would rudely say: “How convenient”. She said he was jealous of her stellar career, and pouted every time he lost the literary awards.

But, in a fabulous story that shows there’s hope, the model was told that she wouldn’t be able to conceive naturally, but that was changed when child Krishna was born the traditional way. Lakshmi said the news “sent a shock through her body”.

Buy Love, Loss, And What We Ate: A Memoir by Padma Lakshmi.