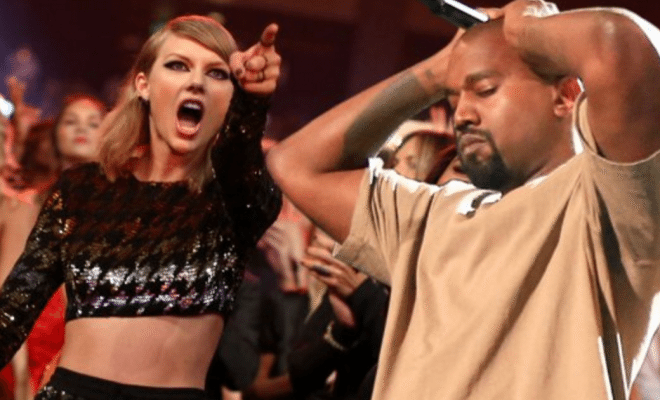 Between his busy lifestyle of being a rapper and ranting on Twitter, Kanye West didn’t miss the opportunity to take another dig at Taylor Swift during a recent performance.

Kanye, The Life Of Pablo rapper, was at Los Angeles’ 1OAK Club, the frequent haunt of Hollywood’s most famous celebrities, when he once again dissed the Out Of The Woods singer for the recent controversy pertaining to his latest album release.

In one of the songs, Famous, there is a line that goes like: “I feel like Taylor and me might have sex / I made that bitch famous”. He made it clear to the press and through his Social Media that he had specifically called Swift to confirm if the lyrics were ok, and at the time she had “ooohed” about the derogatory lines.

However, when Swift was asked about it, she vehemently denied it, saying that it wasn’t OK and that the rapper had never called her. Some of her squad members, including Gigi Hadid and Ruby Rose made feminist statements and openly showed their disapproval to how Taylor was portrayed through the song.

However, West went on to rant to the audience at the club that “Here she was, her lawyer says something completely different. She’s not cool no more, she has two seconds to be cool and she f**ked it up”.

The Bad Blood between the two artists started in 2009 when Taylor was giving her acceptance speech at the MTV Music Awards and he stormed the stage, saying that Beyoncé deserved it more than Swift. The two seemed to have mended their beef, but it seems like Kanye just can’t give up.

Among his Twitter rantings that targeted fellow rapper Wiz Khalifa, his wife Amber Rose and their kid, he also re-mentioned Taylor Swift, stating: I made Dark Fantasy and Watch The Throne in one year and wasn’t nominated for either and you know who has 2 albums of the year – referring to Swift’s achievement as being the first woman in Grammy history to bag two awards for Best Album Of The Year.

We are still waiting for Swift’s classy response.