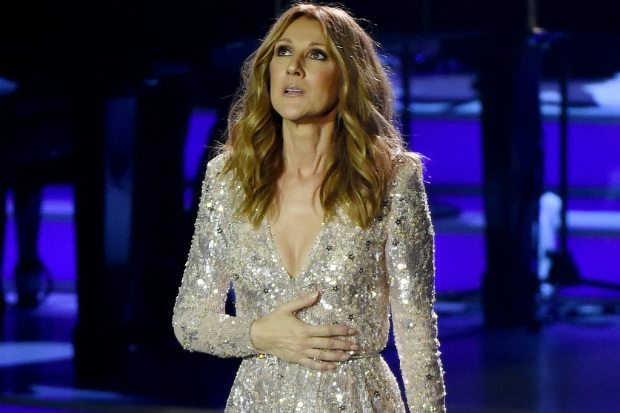 In a fairytale-story-turned-tragedy, Celine Dion took the stage for the first time since the demise of her husband, René Angélil at Caesar’s Palace, Las Vegas yesterday. There was visible emotion on her face throughout her usual outstanding performance, and the crowd seemed to be a comfort in the time of her grief.

René Angélil, husband and manager of the pop superstar for over 2 decades succumbed to throat cancer after a relatively long battle that had a part of his tongue removed and his speech cut off, in January. At first, Celine said that she wouldn’t be able to continue with the planned shows, but later changed her mind as she later stated: “I understood that my career was in a way his masterpiece, his symphony. The idea of leaving it unfinished would have hurt him terribly. I realized that if he ever left us, I would have to continue without him, for him”.

In her first performance since she was left a widow, she made appearance on stage without saying a word, but belted out her rendition of Barbra Streisand’s With One More Look At You/Watch Closely Now. Prior to that, a video played, honoring the late music producer and soul mate of the star, with images from his life, including his time spent with Celine as a husband and father. Once Dion made her appearance on stage, she was met with a standing ovation, which emanated with support, love and encouragement to her bravery for facing her music for the first time without Angélil by her side.

Earlier in the month, the star had arranged for a special memorial that was streamed live throughout the world, as a beautiful tribute to the love of her life. It was known that throughout her career, her man would hold her hand before every performance, so in keeping up with tradition, she had a golden cast made of René’s hand that will stay with her during her scheduled Vegas shows at the Palace.

Between performing her hits for fans, she added: “I feel his love in this room. I feel his strength and his warmth being reflected in all of you in this room. René always surrounded me with the best people who believed in us and always worked so hard on our behalf”.

For more on this story, visit eonline.com.