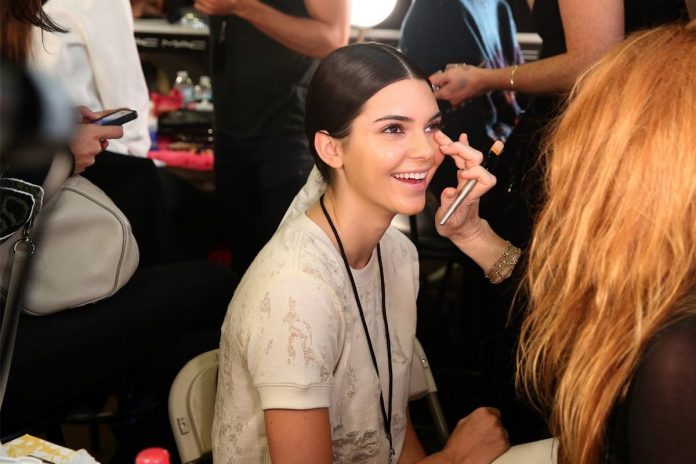 The Victoria’s Secret Fashion Show will now see a familiar face on the ramp flaunting her figure. Supermodel Kendall Jenner has claimed a spot for the big event which is all set to air on CBS on December 8, 2015.
Jenner will be seen sizzle on the ramp as she unveils the sexiest line of nightwear with other angels including close friends Lily Aldridge and Gigi Hadid. The news first came out on November 3, 2015 which marks Kendall’s 20th birthday. The ramp will also see Lily Aldridge who will be seen sporting a $2 million Fantacy Bra in 2015.
There are so many surprises lined up for the big event which is all set to happen on December 8, 2015 and will be exclusively aired on CBS. Last month Gigi’s audition tape was released online which showed her heartwarming reaction when she was selected for the show. The judge had asked what she was doing on November 9 and 10 and the model immediately broke down in tears and was overwhelmed.
Kendall too must have felt the same way as she will be joining her close pals on the ramp. However, things are expected to get a bit awkward as singer Selena Gomez will be seen performing for the night.