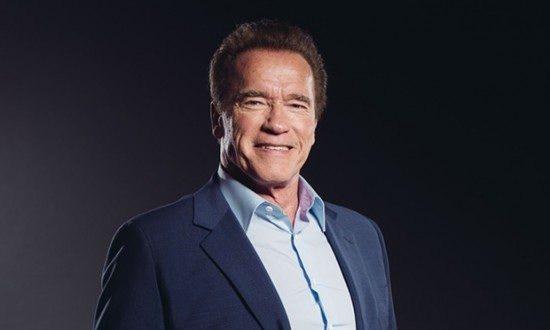 The National Broadcasting company announced that Hollywood star Arnold Schwarzenegger will be seen as the new host of the show The Celebrity Apprentice, replacing business tycoon Donald Trump. The network added that the former governor of America might not be a billionaire like Trump but is perfect as the host of the show.

The actor will be seen for the 2016 -17 season of the show. The press release said that the actor has managed, “more than 300,000 state employees and a state budget in the hundreds of billions. “He has successfully invested in both real estate and sports franchises, and is known to millions globally for his starring role in the Terminator film franchise.”
When the news broke out the web was filled with tweets as they spoofed the signature line of the show ‘You’re Fired!” Some have opined tat Trump, who is currently rallying against the immigrants from Mexico, is replaced by an immigrant from Austria.
NBC while talking about Trump said that he has hosted seven seasons of the show and has helped raise more than $15 million for charity. Schwarzenegger also expressed his delight over the new progress and said that he has always been a fan of The Celebrity Apprentice franchise.