Actress and fashion designer Lindsay Lohan has been spending a lot of time these days with the British-Irish boy band The Wanted. Band member Max George who is presumed to be the love interest of the actress while talking to reporters said that Lindsay is a good girl and can party nearly as hard as they can. 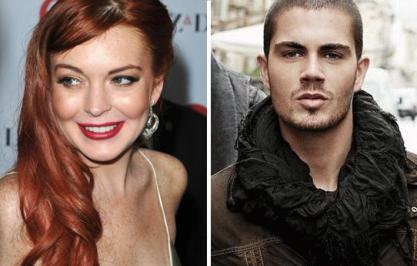 Lohan saw the band at Madison Square Garden on November 29, 2012, as they had opened for Justin Bieber’s ‘Believe Tour’ on November 29, 2012. Later that night the actress was seen partying with the boys at Avenue nightclub. Subsequently she was arrested for allegedly getting in to an altercation with Tiffany Mitchell.

Lohan also turned up to the Q102’s Jingle Ball concert in Philadelphia with The Wanted on December 5, 2012. She was seen kissing on Max on the lips while backstage in Boston as well. Jackson Blue, who is the Beantown deejay tweeted after apparently witnessing the kiss, “Lindsay Lohan IS here. We DID see her smooching Max from the Wanted”.

Max also said that Linday’s joining them on tour was fun. The band mate was asked if the relationship could last long, to which he said that they are all good friends already so it could last long.