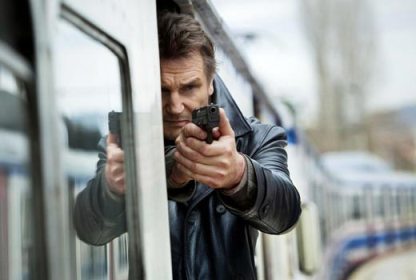 Liam Neeson’s action packed ‘Taken 2’ has taken the box office by storm for the second weekend in a row, claiming USD 22.5 million across the globe from 3,705 theatres. Ben Affleck’s ‘Argo’ took a spot behind Taken 2, raking in USD 20.1 million in its first weekend, showing promising signs for the movies’ future.

Taken 2 continues its march from last weekend, amassing USD 132.8 million internationally and USD 86.8 million in the United States over the weekend, taking its overall tally to USD 219.6 million. With its current earnings, the 20th Century Foix and EuropaCorp movie lies just behind its predecessor ‘Taken’, which amassed USD 226.8 million worldwide in its entire run.

Argo, on the other hand has had a great opening weekend, raking in USD 20.1 million, leading to a 47 percent increase in viewership from Friday to Saturday. Argo describes the rescue of six Americans in 1979 during the Iranian hostage crisis. The Warner Bros. movie is set to clean up award nights, after receiving an A+ CinemaScore.

It was interesting to note that most people (93%) going for the Clooney-Affleck movie Argo fell into the over-25 age group with women comprising of 54% of the total number. Dan Fellman, the president of domestic distribution for Warner said that good movies will eventually find mature audiences, as even Gran Torino and The Town had initially found mature audiences, and then turned into four-quadrant movies.