Hollywood star Russell Crowe has reportedly ended his nine year marriage with wife Danielle Spencer. According to our sources, the split has been amicable and the main concern of the couple is to protect their sons, 8-year-old Charles and 6-year-old Tennyson from the public spotlight. 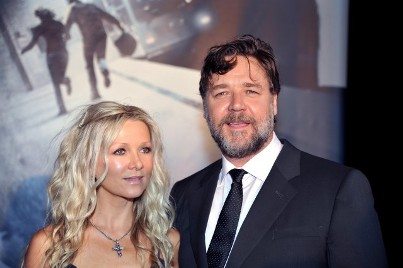 Close friends of the couple have revealed that children will remain with their mother in Sydney. On the other hand, Crowe is currently filming his biblical blockbuster, ‘Noah’ in the US and will continue to do so.

The 48-year-old star has forced himself to be busy with filming after the separation. The news comes as a shock for the fans, who thought that they had the most solid marriage. Friends have indicated that the busy schedule of Crowe might have been the reason behind the split. The actor has been away from his 43-year-old wife and children for quite a long time in the past year.

In the month of June, Spencer was pictured with her ‘Dancing With The Stars’ partner Damain Whitwood, and many thought that her marriage was in trouble. Crowe and Spencer began dating in the year 1989, when they starred in the movie ‘The Crossing’. The couple got hitched in the year 2003 in New South Wales, Australia.