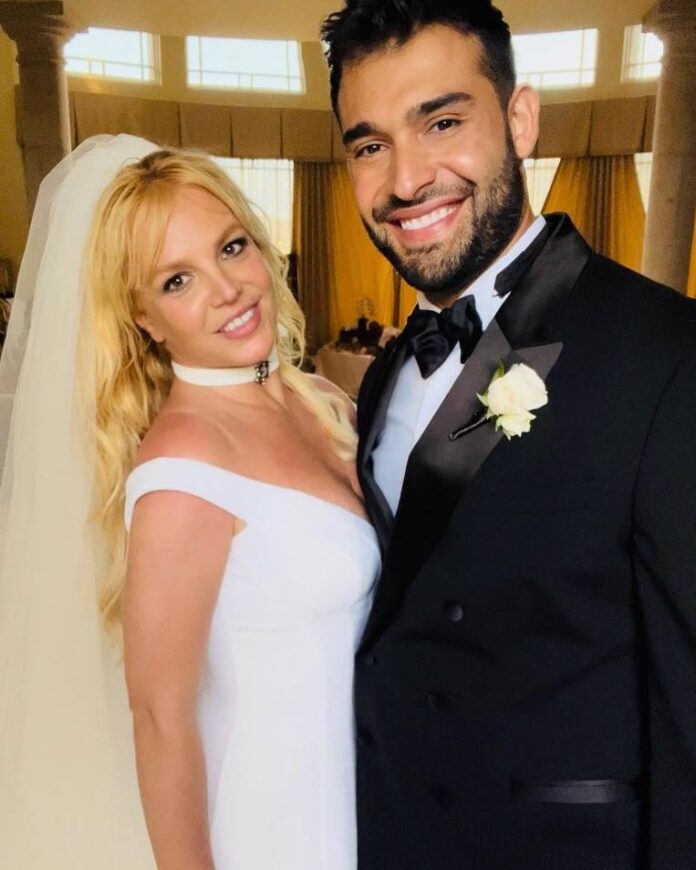 Hollywood actress and singer Britney Spears  and Iranian-American model and actor Sam Asghari are married. The couple recited their vows at the singer’s home in Los Angeles on June 10, 2022. The ceremony was intimate yet lavish and had some of their close friends and family members in attendance. Going by the pictures, Britney looked breathtaking in a Donatella Versace white gown as she arrived in a horse-drawn carriage that was all decked up in pastel flowers. The groom looked dapper in a black tux.

Spears in one of her Instagram posts mentioned how she got nervous on the day of her wedding, but credited her team at Los Angeles who managed to get all the things right in place and rolling. Other attendees of the ceremony saw Madonna, Drew Barrymore, Selena Gomez and Paris Hilton who were seen dancing away with the bride. The wedding took place almost about nine months after they announced their engagement. The two first got romantically involved in 2016 when they met for the singer’s Slumber Party music video. In 2017, the singer during a radio interview had revealed that it took nearly five months to reconnect after they shot the video.

Ever since then, the couple has never shied away from sharing their romance on social media by posting adorable pictures and videos from a number of adventures. It was in the month of May, when Britney teased about their wedding. Reports say that Britney did not invite her mother Lynn and father Jamie Spears after a long public spat regarding her strict conservatorship that was terminated only in November 2021.

On the other hand Sam has been on Britney’s side for many years and they share a great rapport together. Britney is already a mother to 16 year old Sean Preston and 15 year old Jayden James from her former husband Kevin Federline. Federline had reportedly tried to gate-crash the wedding but was soon detained by the police.