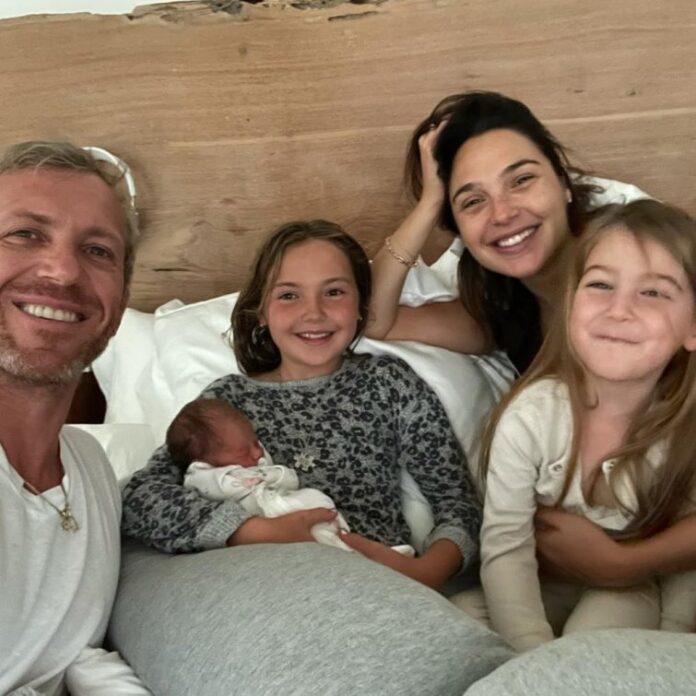 Popular Israeli actress and model Gal Gadot and husband Jaron Varsano have become parents again to a daughter. The couple named their new bundle of joy as Daniella. Gadot and Varsano are already parents to two daughters 9 year old Alma and 4 year old Maya.  The announcement was made by the Wonder Woman star through her Instagram account. The actress posted an adorable picture that showed the new member curled up in her sister Alma’s arms while Jaron, Maya and the new mom are seen smiling.

Jaron and Gal Gadot got married in 2008. They shared the news of their third pregnancy in March, 2021 and had then posted a picture that had the caption “Here we go again”. The picture showed Gal and Jaron posing with their two daughters as they placed their hands on the baby bump. The actress is best known for her role in Wonder Woman and is now expected to be seen in the upcoming film Death On The Nile.  She was also the producer for Wonder Woman, which became an instant hit with her fans.

The film is an adaptation of  Agatha Christie’s novel with the same name and also stars Tom Bateman, Rose Leslie, Russel Brand, Annette Bening, Sophie Okonedo, Dawn French, Letitia Wright and Indian actor Ali Fazal. Gal Gadot is also expected to be seen as Cleopatra in an upcoming flick. But the details of it have not yet been revealed.

The actress has earlier starred in some of the other Hollywood films like Justice League, the Fast and Furious series, Criminal, Keeping Up With The Joneses, Kicking Out Shoshana and Triple 9. Apart from films Gal Gadot has also worked in some of the TV shows including COVID is No Joke and Class of 2020: In This Together in the year 2020. She was crowned as Miss Israel at the age of 18 in the year 2004 and has also served as the Israel Defense Forces as a soldier.