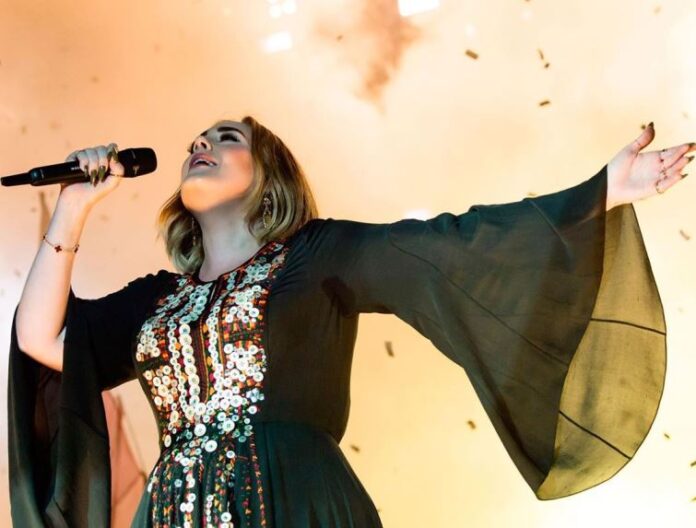 British singer and song writer Adele has announced that she will be making her hosting debut  at the Saturday Night Live on October 24, 2020.  The announcement was made by the 32 year old singer on October 18, 2020. It is not just the fans who are excited after the announcement but the singer has also expressed her excitement as she would be hosting with H.E.R. who will be the musical guest.

Adele took her social media account and expressed her excitement and said that this will be her first ever hosting gig and continued that she always wanted to do this as a stand alone moment but things never worked out for her. The Hello singer further expressed, “But if there was ever a time for any of us to jump head first into the deep end with our eyes closed and hope for the best it’s 2020 right?”

Adele further revealed that it will mark almost 12 years since she appeared on the show during an election. But then her career took a break. It was in 2008 when the British singer had performed the song Send My Love on SNL along with Sen. At that time Sarah Palin was the vice presidential candidate. Adele also talked high about H.E.R. who will be the musical guest and that she cannot wait when she would be able to witness the moment when the guest would be performing on the show.

Talking about the singer and her career, the 32 year old singer has been away from the spotlight ever since her  world tour had concluded in 2017. It was  in 2015 when she had released her last album 25 and since then her fans have been waiting for her upcoming project. While her appearance on SNL seems exciting, it cannot be said, if she would be announcing her  new album on the show. Adele had surprised her fans when she had shared a few pictures that showed her dramatic weight loss during the lockdown time.