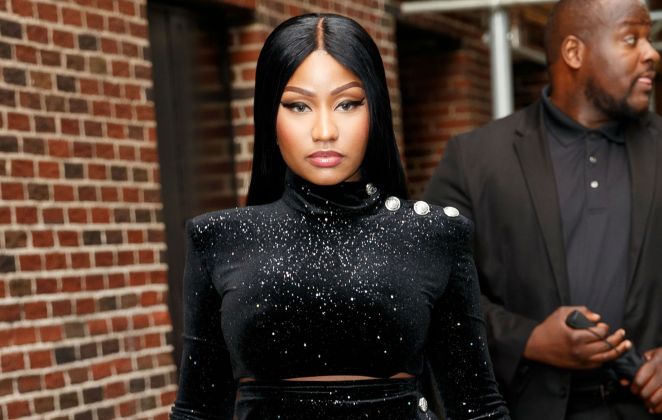 Trinidadian-American rapper and singer Nicki Minaj is facing a rough week with her new album Queen that debuted at No 2 behind Astroworld of Travis Scott. This led to Nicki constantly lashing out on Spotify and Scott. Some of the recent reports have said that the singer has postponed the American leg of her arena tour with Future.

A statement from Live Nations has claimed that the singer has decided “to reevaluate elements of production.” Nicki was expected to begin in September with a show in Baltimore, but the shows will now be pushed to May, 2019. There were also reports of scheduling conflicts due to which Future will not be on the American leg of Nicki’s tour. However Nicki is still planning to tour Europe with Future beginning with a show in Munich.

The singer also posted a video on Twitter while apologizing for the delay and wrote, “This is all happening because I pushed my album back two months, and I just finished writing and recording literally hours before the album came out. So now, I just simply don’t have the time to rehearse and be on the road in time to give you guys the level of a show I need to give.” Just a few hours before the official announcement a leading daily had quoted that the tour was in danger. More reports have revealed that the tour by Nicki had the most disappointing sale of tickets of the year for any artist.

The arena tour had the big arenas that had with up to 20,000 capacities but the sale for the opening night in Baltimore is 2,000 tickets, L.A. is 3,400, Denver 1,300, New Orleans 1,000, Chicago 3,900 and even her hometown Brooklyn collected just 5,050. There are reports that Nicki could not take it with such poor sales. The disappointing ticket sales forced Nicki Minaj to postpone the dates.